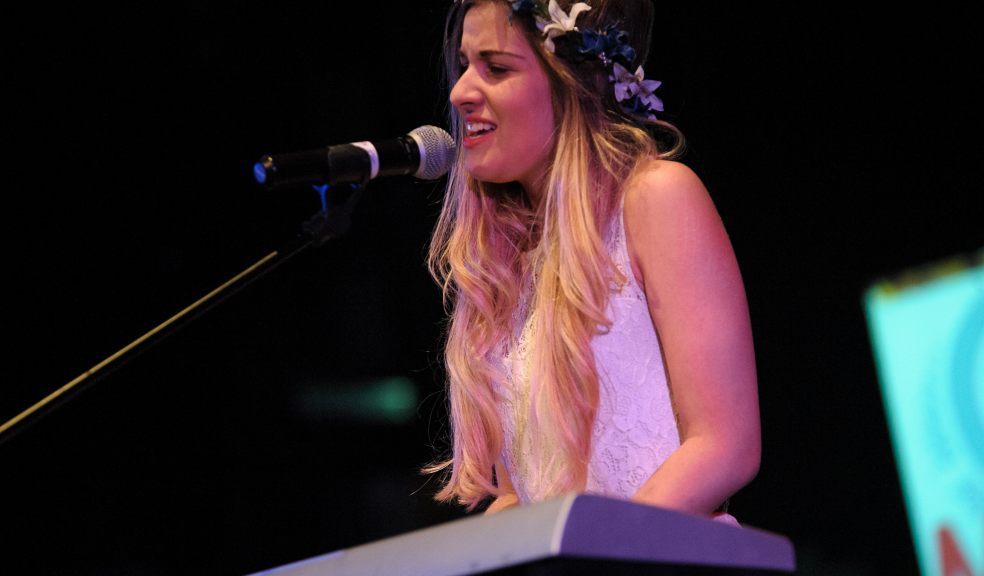 16 year-old Holly Morwenna Rawlings from Exeter has made it through to the Grand Final of the national music competition Open Mic UK! The finalists will now perform in front of an audience and celebrity judging panel at The NEC in Birmingham! Young singer-songwriter, guitarist and pianist, Holly Morwenna, says the competition has opened up so many new opportunities for her and thanks her family, music teachers and committed friends and fans for supporting her throughout the competition. She also thanks Robert Williams Estate Agents for sponsoring a fan bus to the finals at the NEC! Watch Holly Morwenna’s Open Mic UK Area Final performance at http://youtu.be/29I89LA5P10
After impressing the judging panel at auditions against almost 10,000 other unsigned musicians across the UK, they went on to perform in the Open Mic UK live showcases, battling through both Regional and Area final heats. They’re now set to perform at the Open Mic UK 2013 Grand Final at The NEC in Birmingham on 18th January 2014 where they will be fighting to win a £5000 cash prize to spend on the development of their act.

Open Mic UK is brought to you by Future Music, the company behind the discovery of artists such as Warner Music’s Birdy, Columbia Record’s Lucy Spraggan, and Union J’s Jaymi Hensley and Jahmene Douglas both of which are now signed to Sony Music.