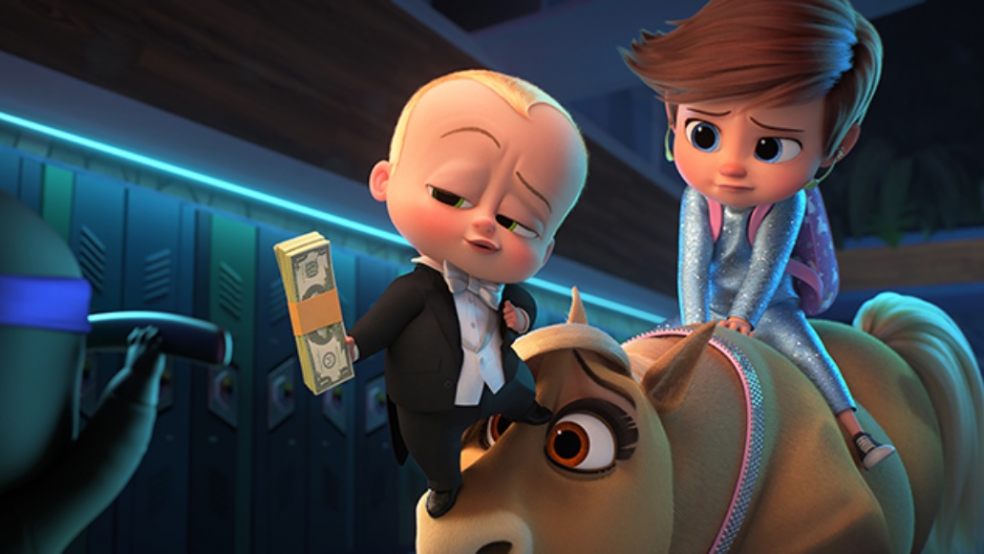 NEW and classic family friendly blockbusters are coming to the big screen at Vue this October half term.

Meanwhile, new statistics from Vue’s Fulfilment Report have found that 7 out of 10 parents want a fun-packed schedule with their children this half-term, with 8 out of 10 looking for activities close to home.

Over a third of parents are planning a family trip to the cinema, with an array of content available for all the family during the school holidays.

When an evil genius threatens to turn all toddlers in the world into unbearable brats, there’s no choice but for Tim and Ted to turn back into a baby for 48 hours, go undercover and save the world, in The Boss Baby 2: Family Business. Screening from Friday 22 October, the two distant brothers come together again to drink their magic formula and prevent the world’s toddler’s from becoming uncontrollable terrors.

Morticia, Gomez, Wednesday, Pugsley and Uncle Fester also return as everyone’s favourite spooky family, in The Addams Family 2. Distraught that the children are growing up and are totally consumed with “scream time”, the parents cram the family into their haunted camper and go on an adventure across America to rediscover their bond.

For those after something less spooky, Barney and Ron tell the story of the wonderful messiness of true friendship in Ron’s Gone Wrong. A socially awkward middle-schooler, Barney, and his new walking, talking, digitally-connected “Best Friend Out of the Box”, Ron, go on an action packed journey as Ron goes through hilarious malfunctions in the social media age.

Also, plenty of fan favourite big screen TV series will be screening for children of all ages. Duggee and the Squirrels come back for eight fun-filled episodes in Hey Duggee At The Movies 2, and everyone’s favourite comic book duo return for more unpredictable mischief in Beanotown, in Dennis & Gnasher Unleashed 2, now showing.

Eduardo Leal, Head of Screen Content at Vue Entertainment, said “We are thrilled to be open and welcoming families to the big screen this half term. We’ve got a great selection of new and classic movies on show, from fantastical adventures to hilarious animations – so we hope there’s something for all.

“Parents and children can come along, immerse themselves in great stories and switch off from the outside world.”

Tickets are available from myvue.com.