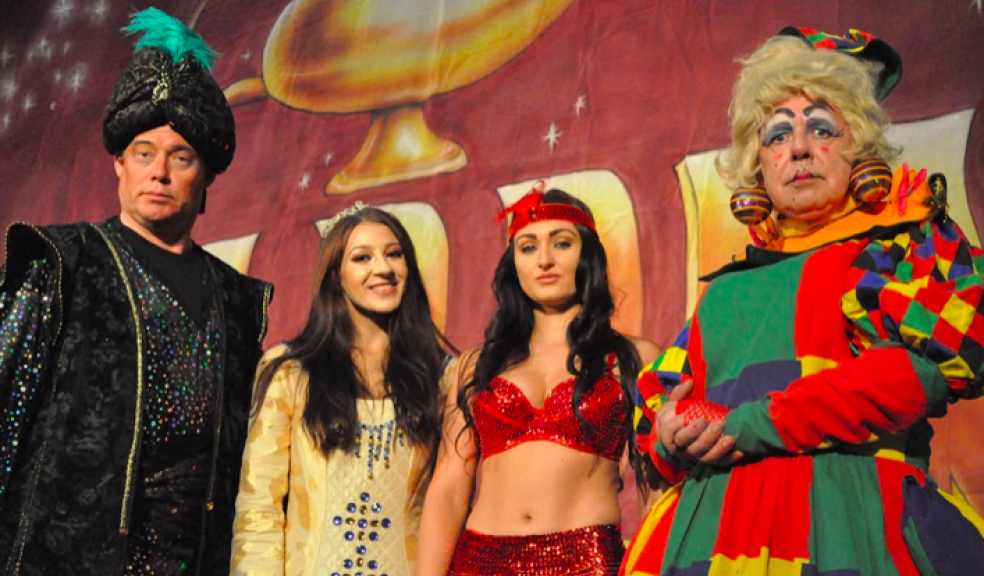 It may only be August, but the stars of this year's Christmas pantomime were in town on Tuesday to launch this year's show.

Following the huge success of last year's pantomime Cinderella Exmouth Pavilion have once again teamed up with north west pantomime company Trio Entertainment to bring the much loved traditional story of Aladdin to Exmouth this Christmas.

Ricky says: "I am really looking forward to appearing in Aladdin this christmas as Abanazar. I have played Abanazar a number of times and I love the experience and cant wait to get back into the pantomime mood again and have lots of fun"

Ricky will be joined on stage by Britain's Got Talent finalist Steven Hall who will be playing the loveable pantomime dame Widow Twankey.

Steven says: "I was really nice to get into costume and go around the town meeting everyone and promoting the panto. I have appeared in pantomime here in the past and love the area and all the local coffee shops, I can often be found in a coffee shop in between shows."

The hilarious Stuart Earp returns from previous pantomimes who has become a firm favourite with local audiences for his fast paced comedy and will be appearing in the title role of Aladdin.

They are joined by Lucy Rollason as Princess Jasmine, Josephine Sherlock as the Slave of the Ring and Kassie Malam as the Genie of The Lamp along with local dancers.

Producer Kevin Brown said: "Our company has been producing professional pantomime since 2007 and we can't wait to transform Exmouth Pavilion into a magical space filled with magic carpets and lots of panto fun. This is a brand new production of Aladdin and we are really pleased to be able to bring it to Exmouth this Christmas."