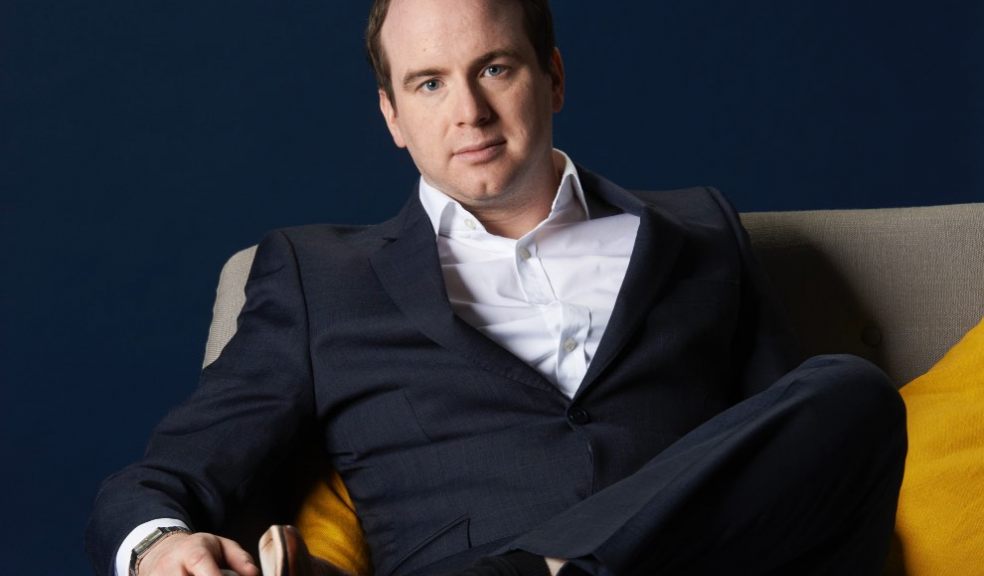 Comedian Matt Forde’s show Brexit, Pursued By A Bear is heading on a national tour, visiting the Exeter Phoenix in April.

Following a completely sold-out and critically-acclaimed month long run including extra shows at the Edinburgh Festival Fringe, Matt Forde has added a run at the Soho Theatre from 20-25th January to his biggest nationwide tour to date with new stand-up show, Brexit, Pursued By A Bear. Matt will now play 39-dates nationwide, including 10 London shows at the Southbank Centre, Bloomsbury Theatre and Soho Theatre.

Tickets are on sale now and available at www.mattforde.com

A former advisor to the Labour Party, Matt has hosted four series of Unspun on Dave. The highly topical political comedy chat received a nomination for the Best Entertainment Programme Broadcast Digital Award last year, following a nomination for the same award in the previous year. Matt presents Absolute Radio’s weekly Rock n Roll Football Show with other broadcast credits including: Have I Got News For You (BBC One), The Royal Variety Performance (ITV), Mock The Week (BBC Two), Rory Bremner’s Coalition Report and Rory Bremner’s Election Report (BBC Two), Question Time (BBC One), This Week (BBC One), Newsnight (BBC Two) and Daily Politics (BBC Two). In the lead up to the 2017 General Election, Matt was a regular guest on the One Show, observing the best and most bizarre moments of the campaign.

The Political Party has been a sell-out show during its monthly residency at Westminster’s The Other Palace for nearly six years. He has brought Parliament to life with his stand-up and debate with some of politics’ most powerful and notorious figures, including Ed Balls, Tony Blair, Alastair Campbell, Ruth Davidson, Kezia Dugdale, Nigel Farage, Harriet Harman, Alan Johnson, Neil Kinnock, Jacob Rees-Mogg, Michael Portillo, Lord Prescott, Jack Straw, Nicola Sturgeon and Dame Tessa Jowell. The Political Party is now released weekly as a podcast and has amassed over 1 million downloads on Soundcloud, received a 2018 Best Comedy Podcast nomination from the British Podcast Awards, is one of The Observer’s top political podcasts picks, hit the top spot of the iTunes comedy chart, was highlighted as the Daily Telegraph’s podcast of the week and was nominated for the Internet Award at the Chortle Awards.

Tickets are available at the Exeter Phoenix box office: https://www.exeterphoenix.org.uk/events/brexit-pursued-by-a-bear/