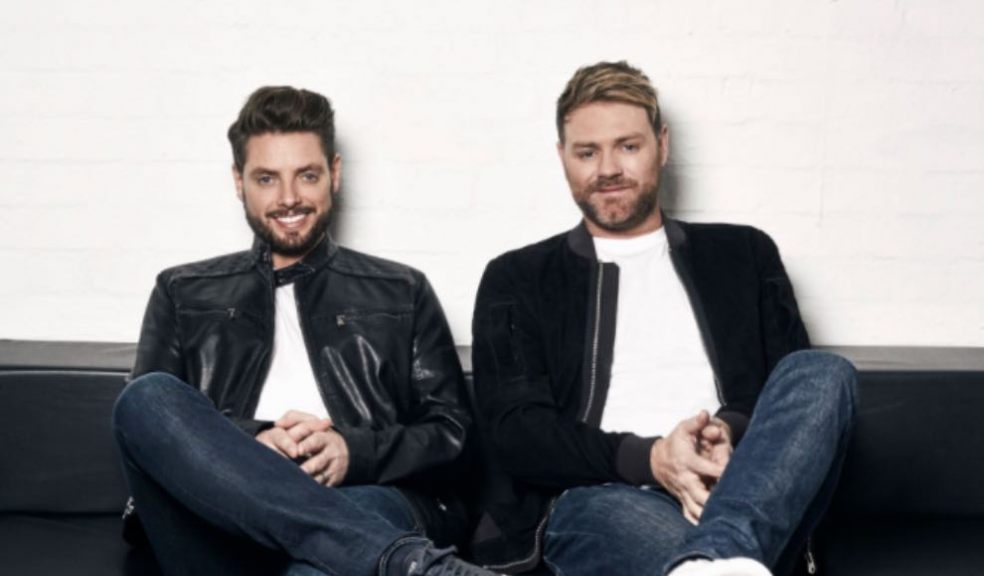 BOYZLIFE (Brian McFadden & Keith Duffy of Boyzone) are back on tour and heading to Exeter Lemon Grove on Sunday 22nd September 2019!

Boyzlife brings together members of two of the biggest boybands in history, Boyzone and Westlife, to perform a whole host of their biggest chart hits.

Brian McFadden enjoyed 12 UK and Ireland number ones as a member of Westlife, including a record breaking seven top spots in a row. The band also boast four number 1 albums and over 30 million record sales in total. Since Westlife, Brian has enjoyed international solo success, including a UK number 1 with ‘Real to Me’

With Boyzone, Keith Duffy has enjoyed similar success, including 6 UK number one singles and 16 out of 17 of their first single releases making the Top 5.  With 5 number one albums also to their credit, Boyzone achieved worldwide sales of over 25 million.

The unmissable Boyzlife show has already been performed for over 20,000 adoring fans since the pair came together in 2016.  With two completely sold out tours under their belts in partnership with Hilton Hotels, as well as their unforgettable 2017 December Christmas Tour, this is an evening that is certainly not to be missed.

Boyzlife will be on stage at Exeter's Lemon Grove on Sunday 22 September.

Tickets are available via the following:

Limited VIP tickets are also available for each of the shows which includes a meet and greet, exclusive tour laminate and an item of merchandise - £60.00