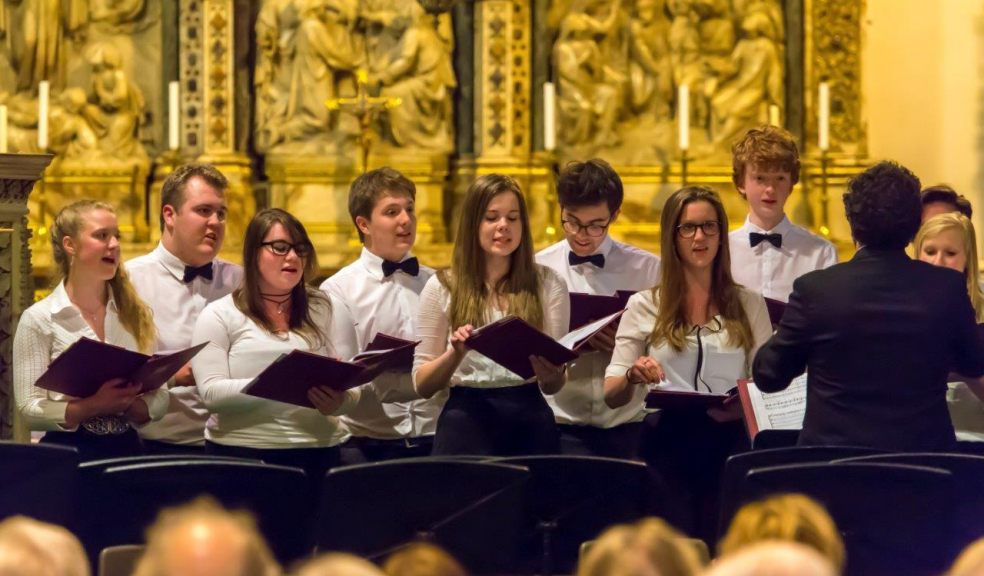 For the 16th year running and with support from South West Water and On Tap Water, the talented young musicians and singers from Exeter School will perform a special concert to raise funds for international charity WaterAid.

All proceeds from the concert, which takes place at St Michael's Church, Heavitree, from 7.30pm on Wednesday 26 April, will go directly to WaterAid projects in Zambia, helping some of the country's poorest communities gain access to clean water and safe sanitation.

The concert will feature school ensembles including Symphony Orchestra, Chamber Orchestra, Chamber Choir, Jazz Band 1, Belles Canto and the Barbershop Boys and music by composers including Holst, Mozart, Rossini, Bruckner, Rutter, Ellington and Lennon & McCartney. Pupils ranging in age from 11 up to 18 will be making music in the event, with around 150 pupils involved altogether.

Chamber Orchestra will perform the Overture to Verdi's opera La Traviata, followed by two movements from Mozart concerti. Lower Sixth Former Charlie Austin  will perform the beautiful slow movement from the A Major Piano Concerto and Verity Stroud the first movement of the perky Bassoon Concerto.
The Chamber Choir (a 50-strong senior ensemble) will perform a selection of shorter pieces including Tallis's If ye Love Me, Bruckner's Locus Iste, and two arrangements of British folk-songs by John Rutter - O Waly Waly and Dashing Away with the Smoothing Iron. The lighter side of the evening will be provided by the Vocal Ensemble (Yesterday and Goodnight Sweetheart), the Belles Canto (Boogie-Woogie Bugle Boy and Fly me to the Moon) and the Barbershop Boys (Barbara Ann and Eleanor Rigby).

If Jazz is more your thing then your needs will be provided for by Jazz Band 1 (April in Paris and That's Life) and ES10 - the newly-formed Exeter School Dectet will perform Gerry Mulligan's Venus De Milo.

Cath Bauer, WaterAid Officer based at South West Water, said for people living in extreme poverty, where there is a lack of clean, safe water and sanitation, it is children who suffer most.

"As well as being vulnerable to the diseases that result from dirty water and poor sanitation, having to walk long distances to collect water, and then stand in line for their turn, leaves children with little or no time to go to school, often missing out on their education entirely," she said.

"The monies raised by Exeter School through its annual concert in support of WaterAid, make a real and lasting difference to the communities we support and we're incredibly grateful for that.

"Over the last 16 years the Headmaster, staff and pupils have helped transform the lives of over 2,400 children and adults which is an amazing achievement. With ongoing support like this, we will achieve our goal of reaching everyone, everywhere with clean water and sanitation by 2030."

Peter Tamblyn, the Director of Music at Exeter School, said: "We are delighted to be able to put on our 16th annual concert raising funds for WaterAid, and are excited to be performing in St. Michael's Church, Heavitree once again.

"The church welcomes us as part of their local community. As well as a lovely acoustic, it has the added benefit of being within walking distance of school for rehearsals meaning we have not needed to book coaches to travel to a venue across town, and so more money can go to WaterAid."

Tickets are available at the door or online from Exeter School's Box Office at http://www.exeterschool.org.uk/box-office (tel: 01392-258712).

Seats are priced at £7, with a concessionary price of £5 for children and students.

For information about WaterAid's work in Zambia, please visit www.wateraid.org