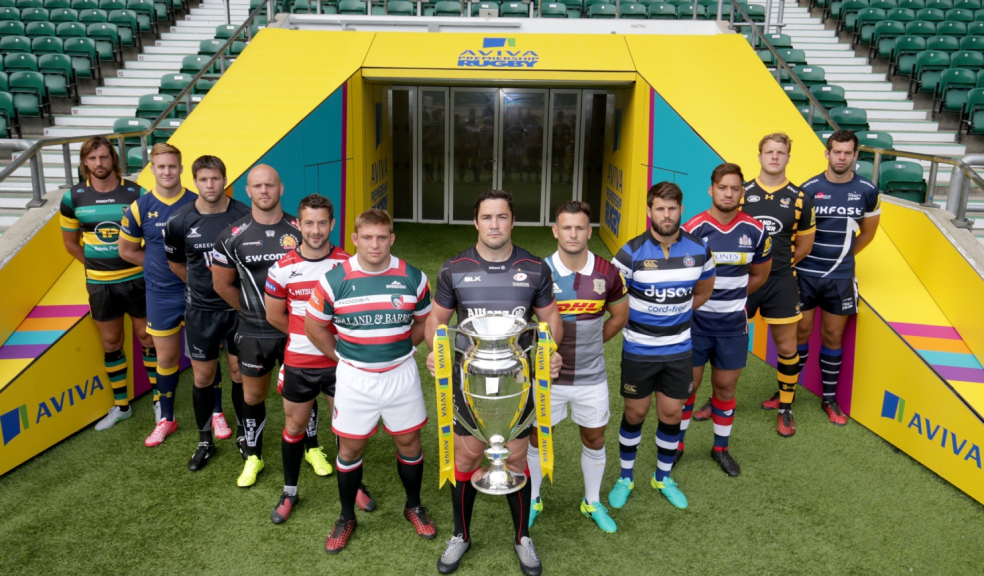 The first airing of Rugby highlights on Channel 5, will be hosted by Rugby legend and former Bath prop, David Flatman, capped by England eight times, and Presenter Mark Durden-Smith. The duo, who have worked together since 2013, will be giving their expert opinion on the weekend’s action and showcasing the key happenings from every game in the league. Channel 5’s highlights package will cover Premiership Rugby, Anglo-Welsh Cup and Premiership Rugby 7s, and each week will feature the insights of former and current players.

David Flatman has made a seamless transition from player to presenter and has proven himself to be as competent in front of the camera as he was on the rugby field. After an accomplished career, which spanned an impressive 14 years and yielded a European trophy with Bath, ‘Flats’ has positioned himself as a one of the most sought after and respected pundits and was last year named by the Telegraph Sport as their 5th best pundit on television.

Mark Durden-Smith has been presenting across sports and lifestyle TV shows for over two decades and brings a wealth of experience to the Premiership Rugby highlights show. Mark is seasoned in hosting rugby related shows; he was previously one of the main hosts for ITV’s Rugby World Cup 2015 coverage and was also the main host for Sky’s BAFTA winning rugby coverage.

This year’s season promises to be the most intense and entertaining yet. Last season champions Exeter completed their meteoric rise to the top, winning their first Premiership title only seven years after being promoted from the Championship. The chasing pack will be led by the current double European champions Saracens and Wasps, who will be looking to exact revenge on Exeter after the dramatic Premiership play off final in May. London Irish are also back in the Premiership, and along with other big names such as Leicester Tigers, will provide exciting action to avid rugby fans across the UK. The Premiership Rugby Highlights adds to Channel 5’s growing portfolio of sports content.