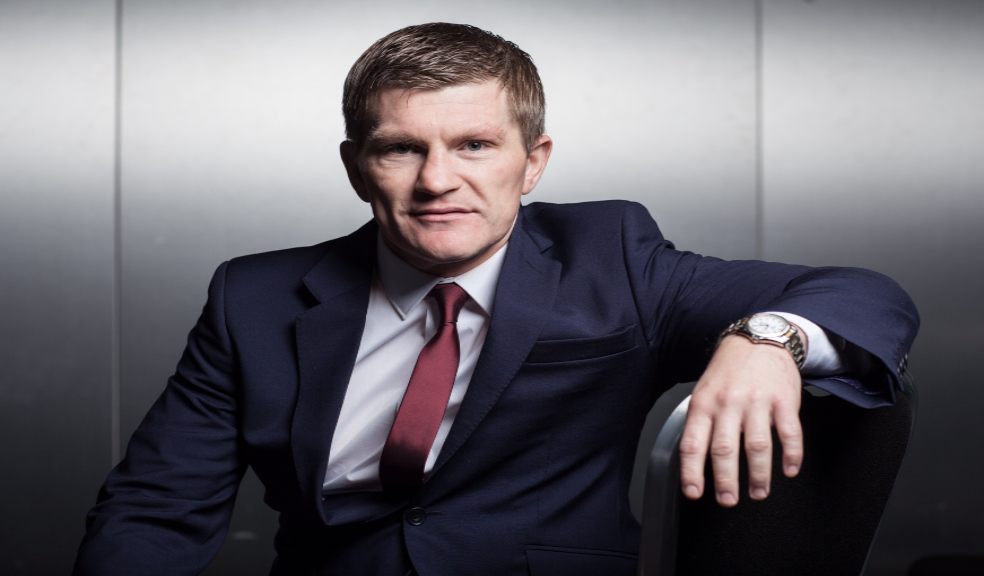 Former World Champion Boxer, Ricky Hatton, has announced that he will be coming to Exeter as part of his UK wide tour.

Ricky, whose boxing career spans over 20 years, and who now runs his own successful boxing promotions company, will be coming to Exeter University’s Great Hall on Wednesday, 22 November.

The event is being staged by Exeter City Football Club and is one of a number of sporting dinners the club is planning. The audience will enjoy a two-course meal and be entertained by Ricky, as well as have the opportunity to take part in a Q&A and an auction.

Julian Tagg, Chairman of Exeter City Football Club, says: ‘Everybody knows of Ricky Hatton and we are really excited to be welcoming him to Exeter. It promises to be a very entertaining evening and we’re looking forward to hearing his stories both from his time in and out of the ring.’

In 2005 Ricky was named Fighter of the Year by The Ring magazine, the Boxing Writers Association of America and ESPN. He made his welterweight debut in 2006, and is one of the most popular British boxers of all time, with a raucous fan base that travelled in their thousands to cheer him on.

If you’d like to see Ricky in Exeter, general tickets are £48 each or tables of 10 are available for a discounted rate of £450. All tickets include a two-course meal, the show and an auction.

Additionally, there are a limited number of VIP tables available at £720 for a table of 10. VIP tables include the above, plus an exclusive pre-show drinks reception with Ricky Hatton and a signed boxing glove. These premium tables will be at the front of the room with a great view of the stage.

Tickets are available at www.ecfconline.co.uk or by emailing events@ecfc.co.uk or telephoning 01392 413957.