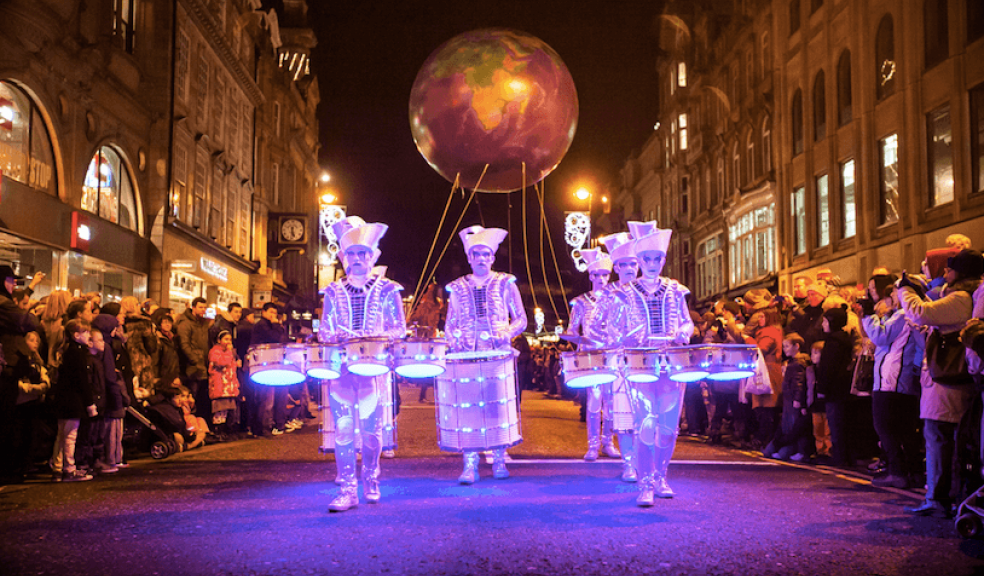 The illuminated entertainment will bring the centre to life with jaw-dropping aerial acrobatics from Heliosphere and the incredible light-up drummers, Spark.

The festivities kick off on the first of the late night shopping events on Thursday 22nd November. The full line up is as follows:

"We want to make late night Thursdays more than just a shopping trip by bringing Christmas experiences to the heart of the city. This year will be truly breath-taking and an experience for all.”

Shoppers will also be able to enjoy festive sweets and treats at Princesshay’s Christmas Cabin from Sunday 18th November – 4th January. The cabin will sell traditional Christmas goodies, including classic roasted chestnuts, and will be a chance for shoppers to stock up on Christmas stocking treats. The cabin will be located at the rear entrance of Debenhams, and 10% of all takings will be donated to FORCE Cancer Charity, Princesshay’s charity of the year.

For more information about Christmas in Princesshay visit www.princesshay.co.uk/christmas