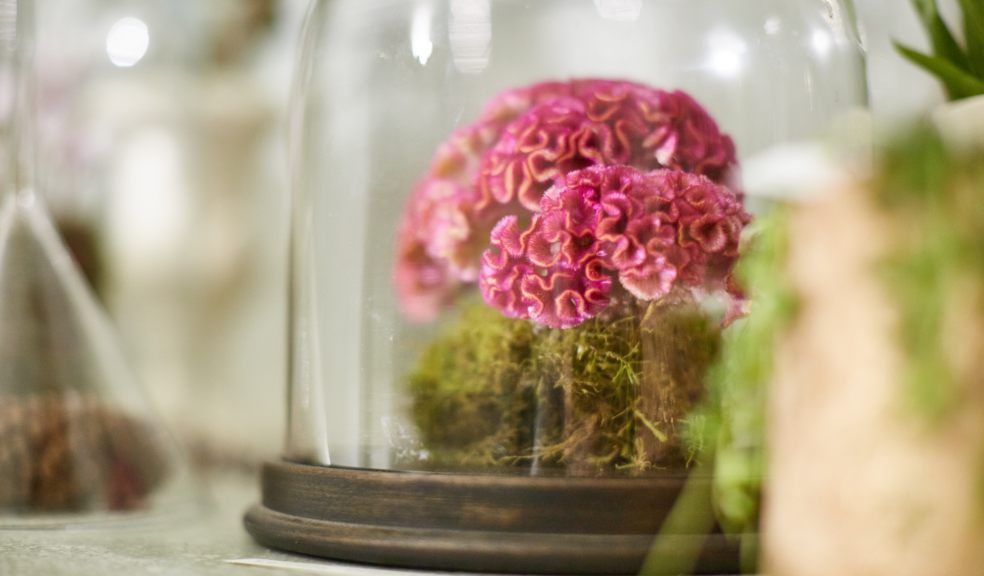 Dozens of stunning floral designs staged throughout the Grade II listed property by 45 students past and present of Devon’s acclaimed Academy of Floral Art brought Poltimore House to life.

“It was such a real privilege for us to bring Poltimore into bloom for St George’s Day,” said Julie Collins, Principal of The Academy of Floral Art. “At the Academy of Floral Art, we are always seeking out valuable design experiences for our students, and it was wonderful to showcase their creative floristry in such a raw and romantic location as Poltimore House, our local historic landmark.”

The florists from the Academy of Floral Art worked with the Club of the Exe to decorate a number of rooms in Poltimore House such as the entrance hallway, which the florists filled with chairs of all shapes and sizes, each dressed with fresh flowers and foliage to reflect the grand hallway’s former use as a reception room.

In the Music Room, the team designed a specially commissioned floral harp frame and a dressed a music book with trailing stems of fresh foliage.

The Tudor courtyard and its spiral staircase inspired the florists to create a Knot Garden with a St George’s dragon of foliage, a floral fountain and an archway, whilst in the Drawing Room where the Treaty of Exeter was signed, the florists reconstructed the volume in flowers.

Meanwhile, in the old Operating Theatre left from Poltimore’s time as hospital (1945-1975), the florists adopted a playful, scientific approach, displaying flowers in petri dishes, labelling test tubes with the botanical names of the flowers, and presenting displays in cages and in jars.