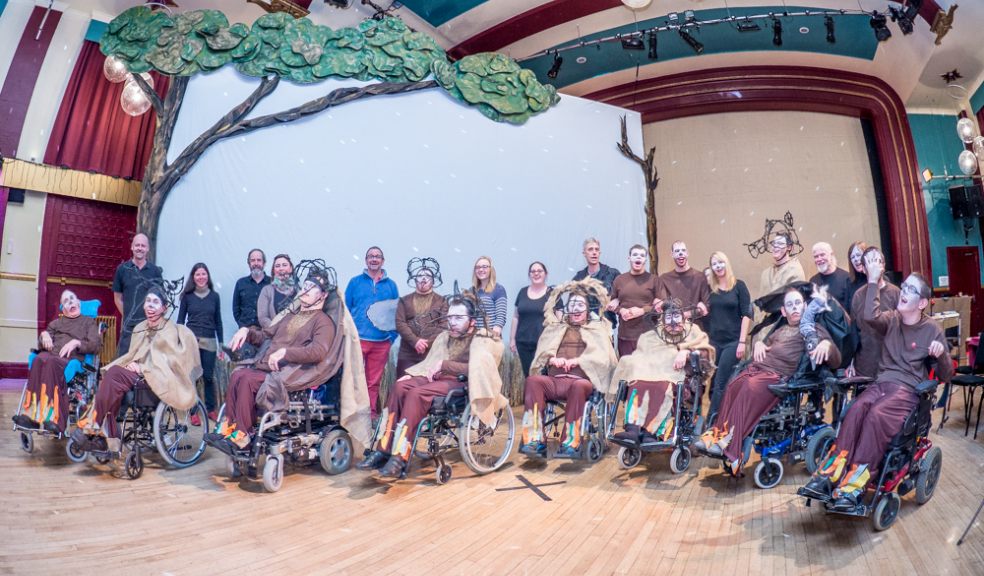 Local playwright Clive Essame has seen his play ‘Impisi’ performed by CEDA at the Exmouth Pavilion.

The cast, playwright Clive and director Anthony Richards worked together to put on a spectacular performance of the play ‘Impisi’ which is set in the African wilderness at Exmouth Pavilion.

The performance told the heartwarming story of a lion who became injured, the lion has to overcome his disability and learn to hunt again. Despite being mocked and teased by some of the animals the lion makes an unlikely ally with a hyena who helps him to accept his difference.

The play was performed using a mixture pre-recorded animation which was projected onto a large screen, live acting and musical performance amongst the impressed set.

The play was performed by young people and adults who are supported by CEDA, a local disability charity. The performance showed that with hard work and determination disability does not need to hold you back.

Will Young, a local teacher who watched the performance said, ‘’The play was fantastic, all of those involved did an amazing job. I didn’t really know what to expect, but the performance exceeded all of my expectations.

‘’I would love the chance to work with playwright Clive and will be inviting him into my class as part of arts week, his work is truly inspirational.’

The play was is available as a book, script or as a workshop, which Clive can deliver to classes or youth groups. Find out more about Clive and the work he does with Impisi on his website http://www.impisiproductions.com/