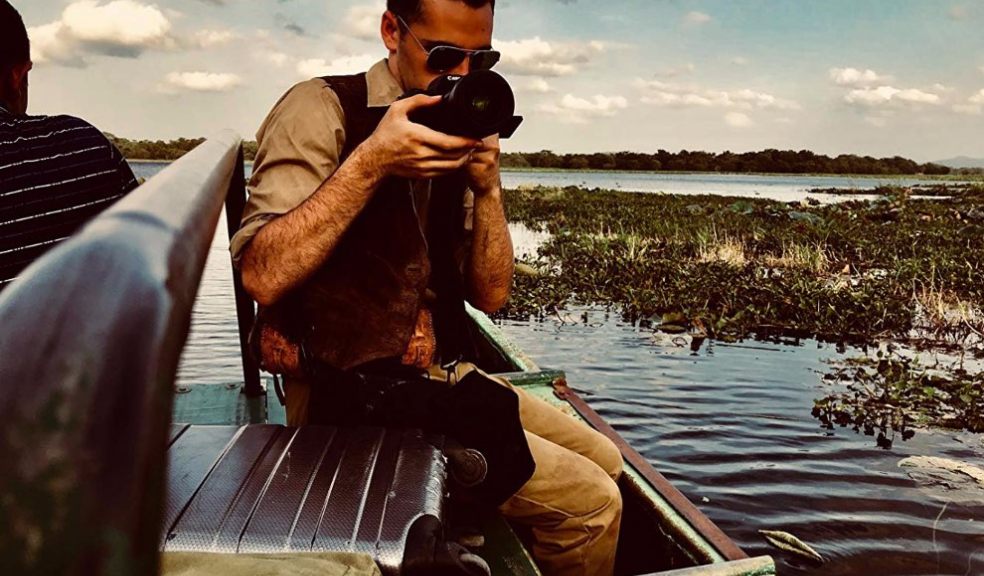 A University of Exeter student is already making a big impact in the film industry as the UK’s youngest feature film director, with an acclaimed film critic labelling him as “the next Steven Spielberg.”

Elliott was just 16 when he released his first feature film, which he completed over three years whilst studying for his GCSEs.

As he heads into his second year of his history degree at the University of Exeter, Elliott is currently working on his second feature film Vindication Swim, which tells the true story of Mercedes Gleitze, the first woman to swim the Channel.

Elliott’s first feature film, Charlie’s Letters, tells the story of Elliott’s great grandad, Charlie Standing, who was a prisoner of war in Italy during World War 2.

The film, which was shot over five countries, follows Charlie as he escapes the camp and journeys south, evading Germans, living with peasants and fighting with the underground resistance.

Charlie’s Letters premiered in Brighton, Elliott’s hometown, in May 2017 as part of the Brighton Fringe Festival, which showcases some of the youngest and most exciting local talent.

The film also screened at the Edinburgh festival and was shown on the Brighton Big screen, where it received critical acclaim, with film critic Graham Fuller describing Elliott as “the next Steven Spielberg.”

Earlier this year, Elliott had the chance to work with a star-studded cast on his short film set in the British Raj, To Hunt a Tiger.

The film, that premiered at the luxury Soneva Jani resort at Cinema Paradiso, the Maldives’ first overwater cinema, is about a troubled English hunter who travels to West Bengal with the intention of hunting an illusive and magnificent tiger.

Whilst working in Los Angeles alongside Daniel, Elliott got to meet even more world-class talent when he was invited to a Halloween party hosted by filmmaker James Cameron (Titanic, Avatar, The Terminator).

Elliott first got involved in filmmaking when he was just 10 years old, after he worked behind-the-scenes in a school film project of The Lion, The Witch and The Wardrobe.

Like Charlie’s Letters, Elliott’s second feature film, Vindication Swim, will also have a strong historical focus and Elliott is hoping he can combine his love of filmmaking with his history degree.

Elliott said: “I love making films because it’s total escapism. It allows you to delve into these worlds that otherwise you could only dream of; from journeying across war-torn Italy, to hunting tigers at the turn of the century and now swimming across the English Channel.

“Stories are the cornerstone of human interaction, right from the earliest moments of our history, and film allows one to explore this in an immersive and artistic manner, able to create a feeling which is totally unlike anything else.”

Find out more about Elliott’s work at https://www.relsahproductions.co.uk/