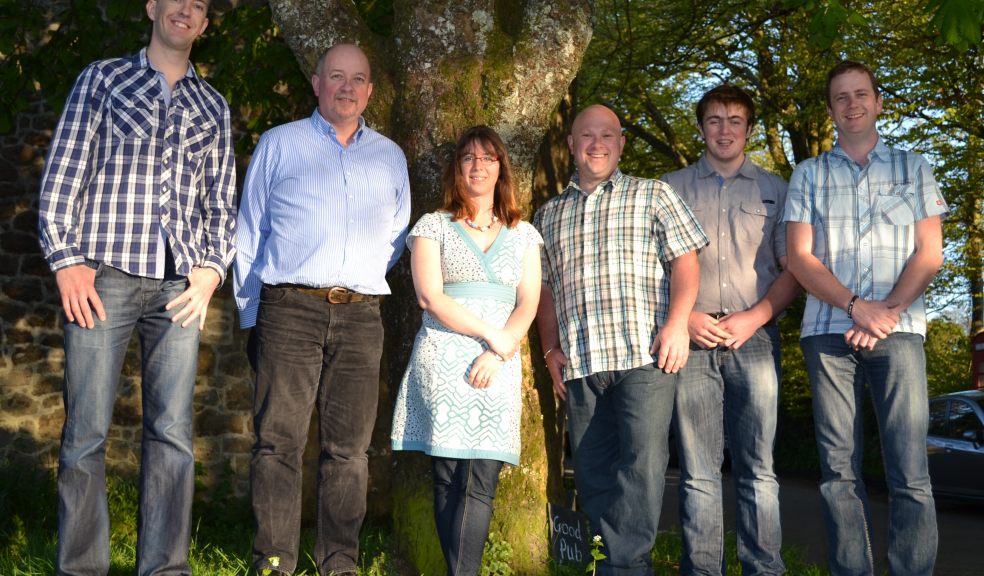 THERE will be a celebratory feel when the 40th anniversary Dartmoor Folk Festival takes place in the foothills of Dartmoor at South Zeal, near Okehampton, from Friday to Sunday, August 11, 12 and 13.

It was 40 years ago that the festival was founded by the late Bob Cann, who lived in the parish of South Zeal.  He had the dream of a folk event on his doorstep that would help to revive and preserve the music, song and dance traditions of Dartmoor.

Thanks to the efforts of Bob Cann, his family and friends, and lately his descendants and a strong committee, with the support of an army of volunteer stewards, the festival has grown into one of the top family-friendly folk events in the South West.

This year it will include a packed programme of events and activities suitable for all ages, including a hugely successful children's festival which will run alongside the main event.

There will be concerts, a ceilidh, craft displays, dances, dance displays, a Dartmoor Fayre, music hall, pub sessions and music, song and dance workshops and competitions.

Free events include a starter's song session, a folk club, a ramble on Dartmoor, a church service and a youth music session.

A rich crop of local and national artists will take part during the weekend, and there will be a return for many of the favourite artists who have attended previous festivals.

Dartmoor Broom dancing involves dancing with a broom, or rather over a broom, and is for primary school-aged children.

The Dartmoor Step dance sees dancers step on a 15-inch square board showing the different steps to try and out step the previous dancer, until a final champion is decided upon.  Adult and junior champions will be selected.

Classes to teach both broom dancing and step dancing are held during the festival and anyone is eligible to take part.

The Dartmoor Fayre will be opened at 2.15pm by Wendy Beard, wife of the late Tony Beard, who compered the Sunday evening Music Hall for many years.  Tony Beard was well-known as an entertainer, was titled "The Wag from Widecome" and was a favourite presenter on BBC Radio Devon.

Wendy Beard will open the Dartmoor Fayre in the presence of the Mayor of West Devon to honour Tony.

Tony and Wendy's grandchildren, Oliver, Edward, Heather and Jeremy will appear in the Music Hall performing, along with other tunes, "Blackbird", which they played at Tony's memorial service at Exeter Cathedral in January this year.

To celebrate the 40th anniversary, there will be an historical display marking the history of the annual event.

The festival will also include a duck race, craft marquee, stalls and refreshments will be available.

A campsite operates (more than 200 pitches last year) and many people attend from across the UK.

Alan Quick, publicity officer, said: “An action-packed programme has been arranged and we are looking forward to a great anniversary festival.

“There will be three days of music, song, dance and crafts marking 40 glorious years of the Dartmoor Folk Festival.

"It was the traditional music, dance, song and crafts of the area that formed the basis for the first festival and they still remain for the association which runs the festival today.

“Entertainment is arranged for the whole family to enjoy, whether to take part or simply sit and watch.  Most events are very modestly priced and some are totally free, so there is something for everyone.

"The festival is deeply rooted in the heart of the Dartmoor community and is keeping customs and traditions alive.

"Since it was founded the festival has grown so that it can invite some of the best folk artists around, whilst maintaining its reputation for being a relaxed, friendly and traditional event.

"The festival also provides a huge economic boost to the area with shops, pubs and bed and breakfast establishments, local suppliers and exhibitors generating tens of thousands of pounds into the local economy.

"Last year's festival was one of the most well-attended, some of the concerts seeing sell-out audiences.

"The resurgence in the popularity of folk music and traditions has really helped put the festival on the map."

For further details, including a full event listing, visit the website: www.dartmoorfolkfestival.org.uk