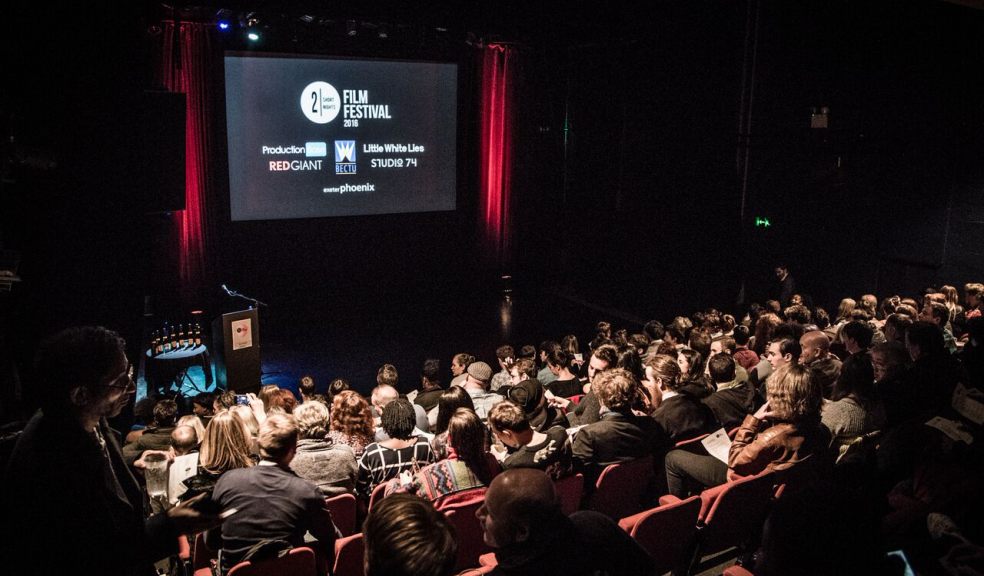 Exeter Phoenix’s annual short film festival, Two Short Nights prepares to bring flocks of filmmakers, viewers and industry specialists to the city this winter in a celebration of short film and the people who make them.

Now in its sixteenth year, the festival returns to Exeter Phoenix with two and a half days of cinema screenings, workshops and panel discussions. With unmissable opportunities for emerging filmmakers alongside an extraordinary range and diversity of screenings for film fans, this year’s festival has crammed in more than ever before.

Other must-see festival events include a unique chance to watch premieres of six of the short films commissioned by Exeter Phoenix this year and see who will pick up festival awards at Exeter Phoenix Commissions Premiere, and Natural Instincts, which will close the festival with one of the biggest animations this year, The Burden.

The festival will also provide practical support for emerging filmmakers looking for a career in the industry. Make Your Short Film Visible is a panel discussion navigating the various avenues of short film distribution – perfect for anyone who has made a film and doesn’t know what to do next. Festival goers and filmmakers will also be able to attend a film pitch session in front of a live audience, networking opportunities with film industry professionals, and a hands-on workshop exploring design and print technologies of film posters.

Two Short Nights 2017 starts on Thu 30 Nov and culminates late on Fri 2 Dec with an award ceremony to recognise the best contributions to short film this year, followed by an after party.