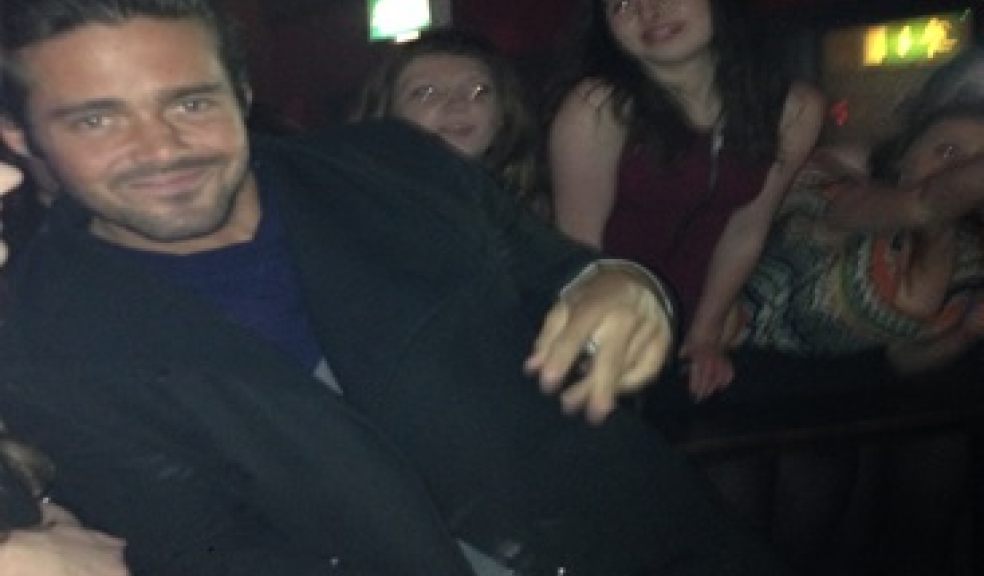 Chelsea's famous bad boy Spencer Matthews proved a hit with locals when he made a public appearance at Timepiece in Exeter.

Spencer, famous for starring in shows such as Made in Chelsea and The Bachelor, made his apperance as part of Timepiece's regular ' Clique Mondays'.

Crowds, of mainly female, locals and students gathered to see one of SW3's most famous stars.

Spencer, who arrived with his entourage in tow, showed what a down to earth man he is by posing with fancy dress items and helping people use their camera phones!

He continued to prove he was game for a good time by ditching the VIP area (after posing for many a picture!) with a shot at the bar!

However, the Heir to Eden Rock Hotel St. Barths didn't stay out with the students long before popping back in his VIP booth for some champers!

"Normally you have to pay extra to get close to the stars at these events, Spencer was really down to earth and didn't mind posing for pictures with everyone. He even put up with everyone trying to grab him!"