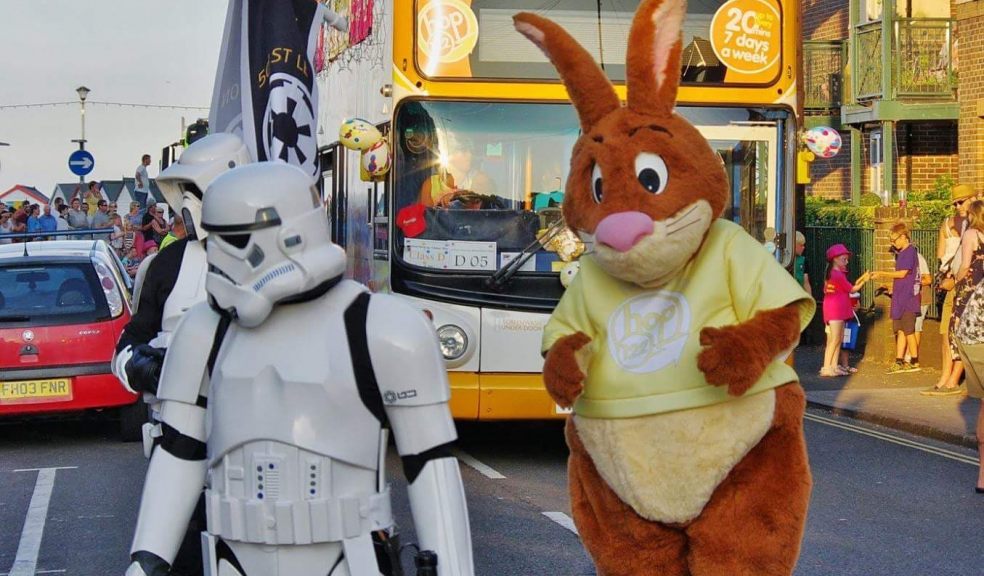 All things Sci-Fi will be celebrated on Saturday 24 August, as Sci-fi day returns to Paignton Green.

The day will showcase an impressive range of cars and costumes from popular films including Transformers, Batman, Jurassic Park, Back to the Future, Disney Pixar’s Cars and many more.

There are plenty of exciting photo opportunities including an iron throne from the popular Game of Thrones series which is sponsored by Stagecoach South West, a Simpsons sofa to sit on with your favourite characters and a whole host of Marvel costumes to have your photos with.

Stagecoach’s association goes far beyond sponsorship, with employee and Sci-Fi enthusiast Dave Hall dedicating much of his spare time to the event’s organisation.

Dave will be attending the day to show off some of his collection of replica movie cars and costumes. Dave said: “I love arranging this event, it is great to see attendees enthusiasm as they spot cars and characters they recognise from their favourite films. I’d like to say a big thank you to Stagecoach South West for once again sponsoring the day.”

Karen Hodder, Commercial Director at Stagecoach South West, said: “I’m delighted that we will once again be sponsoring Sci-Fi day, as part of Children’s Week. We’ll be bringing along Swashbuckle our open top bus and the family-favourite mascot, Gary the Rabbit, to give out goodies to visitors.”

South West will once again be sponsoring the event, as it enables us to continue this great tradition.”

The day long Sci-Fi event, which takes place at Paignton Green in Paignton on Saturday 24 August, is just one among a number of events being held during Children’s Week and is anticipated to draw in over 4,000 visitors.