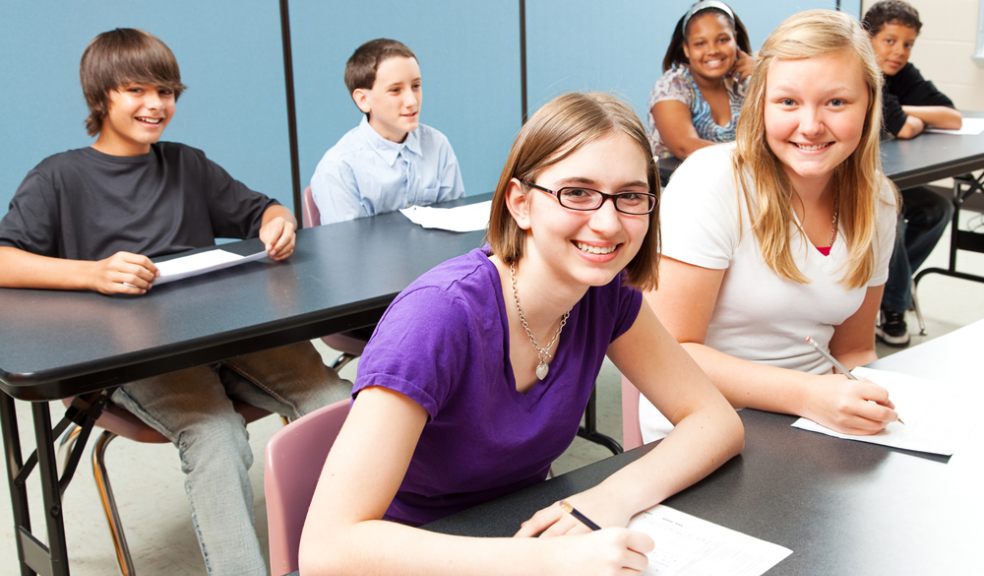 Mindfulness – a mental training that develops sustained attention that can change the ways people think, act and feel – could reduce symptoms of stress and depression and promote wellbeing among school children, according to a new study published online by the British Journal of Psychiatry.

With the summer exam season in full swing, school children are currently experiencing higher levels of stress than at any other time of year. The research showed that interventions to reduce stress in children have the biggest impact at this time of year. There is growing evidence that mindfulness-based approaches for adults are effective at enhancing mental health and wellbeing. However, very few controlled trials have evaluated their effectiveness among young people.

Richard Burnett who co-created the curriculum said: “Our mindfulness curriculum aims to engage even the most cynical of adolescent audience with the basics of mindfulness. We use striking visuals, film clips and activities to bring it to life without losing the expertise and integrity of classic mindfulness teaching”.

The other 266 pupils at the other six schools did not receive the mindfulness lessons, and acted as a control group.

All the pupils were followed up after a three month period. The follow-up was timed to coincide with the summer exam period – which is a potential time of high stress for young people. The researchers found that those children who participated in the mindfulness programme reported fewer depressive symptoms, lower stress and greater wellbeing than the young people in the control group. Encouragingly, around 80% of the young people said they continued using practices taught in MiSP’s mindfulness curriculum after completing the nine week programme. Teachers and schools also rated the curriculum as worthwhile and very enjoyable to learn and teach.

Lead researcher Professor Kuyken said: “Our findings provide promising evidence of the effectiveness of MiSP’s curriculum. We found that those young people who took part in the programme had fewer low-grade depressive symptoms, both immediately after completing the programme and at three-month follow-up. This is potentially a very important finding, given that low-grade depressive symptoms can impair a child’s performance at school, and are also a risk factor for developing adolescent and adult depression.”

Professor Katherine Weare, who has been instrumental in promoting the teaching of resilience in schools, said: “These findings are likely to be of great interest to our overstretched schools who are trying to find simple, cost effective and engaging ways to promote the resilience of their students – and of their staff too - at times when adolescence is becoming increasingly challenging, staff under considerable stress, and schools under a good deal of pressure to deliver on all fronts. This study demonstrates that mindfulness shows great promise in promoting wellbeing and reducing problems - which is in line with our knowledge of how helpful well designed and implemented social and emotional learning can be. The next step is to carry out a randomised controlled trial into the MiSP curriculum, involving more schools, pupils and longer follow-ups.”

Professor Felicia Huppert of the University of Cambridge said: “The findings also support the argument that mindfulness training can enhance the psychological well-being of all pupils, not just those who have symptoms associated with common mental health problems. Psychological well-being has been linked to better learning, social relationships and academic performance, so the enhancement of well-being is likely to improve a range of outcomes in the school context.”