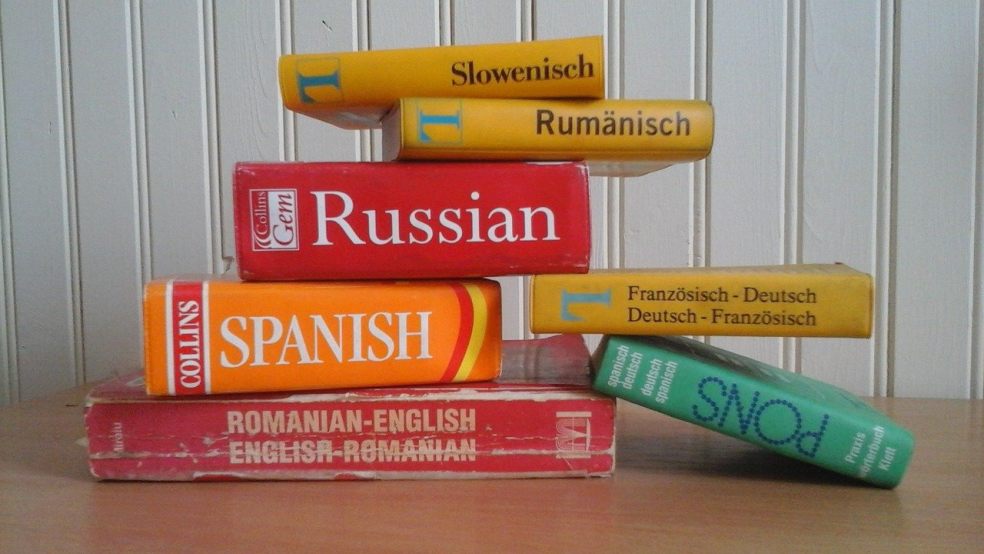 Learning a new language can be a daunting task. If you plan to learn a European language for whatever reason, you might know that there are 24 major languages spoken in Europe. Picking which one to learn can be confusing. But the question you need to ask yourself is why exactly do you want to learn a new language? It could be to explore new employment opportunities, move to a different country, or maybe you simply want to upskill.

Regardless, there are some languages that are more widespread in the EU than the rest. However, if you are can’t make up your mind as to what European language to learn then this article will help you evaluate different languages based on a number of different factors such as employment opportunities, popularity, and usability.

Because English is the primary language of communication around the world, it is a highly desirable skill in the international marketplace, and one of the many advantages of learning English is that it increases your employment chances dramatically.

Job seekers that demonstrate fluency in English on their CV/resumé have a higher chance of being hired, according to clearly established statistics. It is also widely accepted that those who are fluent in a second language, whether they are bilingual or have studied a foreign language, can anticipate a higher pay (up to 10% – 15%) than those who are not.

Along with countries where English is the primary language, such as the United Kingdom, the United States, Canada, New Zealand, and Australia, English is also an official language in a slew of other countries. Malaysia, Singapore, Fiji, Kenya, Hong Kong, India, Mauritius, and the Philippines are among them.

It's a global language with over 300 million native speakers and is one of the most spoken languages in Europe. You'll also be introduced to more employment and business opportunities if you learn French. French is a cultural language, that equips you with exposure to theatre, fashion, architecture, music, and films to discover. It is a "love language" - you never know, your soulmate might be waiting for you in France. S some of the world's best universities are in France, Canada, and other French-speaking nations if you learn French.

French is the official language of 29 nations. It has Latin roots, as do 43 other Romance languages, and knowing French can help you understand them all to some extent. Learning French broadens your job prospects, enhances your travel experiences, provides access to educational resources, and creates the groundwork for learning other Romance languages.

Both English and German share a common ancestor: the Germanic language family. While they eventually diverge, most people are astonished to learn that German is closer to English than French or Spanish.

BMW, Mercedes-Benz, and Volkswagen. These are only a few examples of internationally known German brands. As Europe's (and the world's) economic powerhouse, Germany is seeing a boom in job prospects.

Perhaps more importantly, as they strive to expand their imprint in Germany and Europe, firms in the United States are clamoring to hire and promote German speakers. As one of the few people in your company who will almost certainly speak German, it's one of the best abilities you can develop to set yourself apart in a congested job market.

In comparison to other global languages such as Spanish and English, few people choose to acquire Portuguese as a second language, despite a large number of native speakers. This lack of enthusiasm for Portuguese presents a lucrative opportunity for those who take the initiative to learn it. By learning Portuguese, you will set yourself apart from the crowd.

There will not be a better moment to take advantage of the shortage of non-native Portuguese speakers than right now. Brazil's economy has grown to become the world's ninth-largest in the last decade (in terms of GDP). It's a terrific time to do business in Brazil and knowing Portuguese will put you ahead of the competition.

Russia has been (re)positioning itself as a key global economic player since the turn of the millennium. As a result of the growth of a new Russian middle class, many Russians are traveling overseas, putting a stamp on the tourism industry. Knowing Russian is undoubtedly something to put on your CV if you work in tourism.

The events in Ukraine in 2014 demonstrated that Russia is attempting to restore its status as a global leader alongside the United States, the European Union, and others. Russia is a part of the G20, European Council, UN, UNESCO, and the World Trade Organization. It is clear that Russian will once again become (and still is) one of the most important languages in the world.