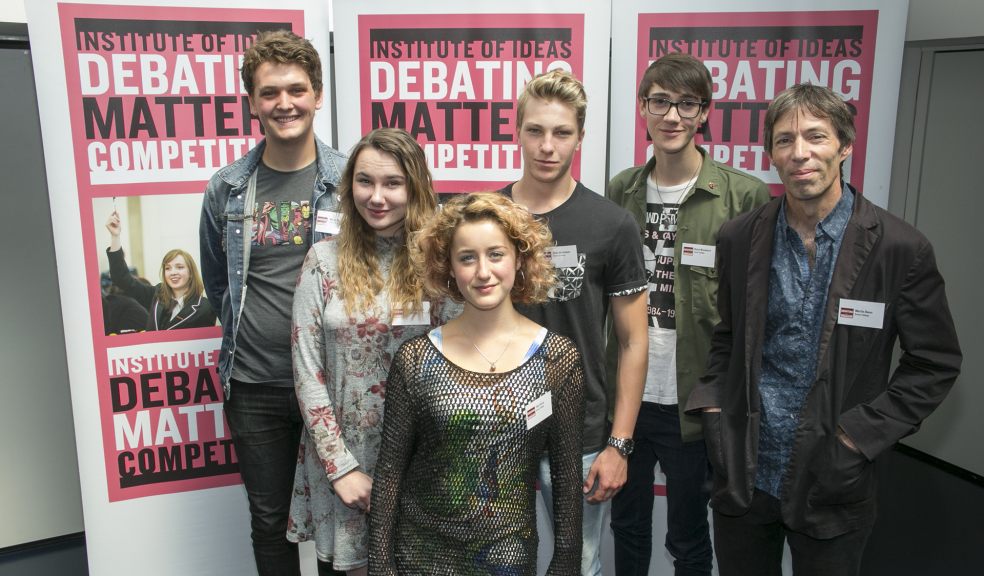 Exeter College students impressed at the coveted national finals in London of the toughest debating competition in the country.

A landmark event in the UK’s education calendar, the college students beat off tough competition to reach the Institute of Ideas Debating Matters National Final at the Museum of London.

The students from Exeter College won their place at the national finals after being crowned winners of the West and South Wales regional final of the competition.

Team members Milo Simpson, Tilly Porter, Stan Whittaker and Dylan Woodward were all praised by the judges for their debating skills.

Dylan Woodward was awarded the Highly Commended prize, for the second best individual in the competition, whilst Milo Simpson and Stan Whittaker also received Honourable Mentions.

English Literature Coordinator and debating coach Martin Owen said: “This is an exceptional group of students. They put up a fantastic performance in two very tough and closely fought debates and it was no disgrace to be knocked out by the team that went on to be champions. I’m very proud of the whole team.”

The Debating Matters Competition is supported by primary funder the Wellcome Trust.

The Greater London Authority hosted an opening reception on Friday 1 July at City Hall. Secretary of State for Schools, Nick Gibb MP, and Deputy Chair of the London Assembly, Jennette Arnold OBE AM, addressed the students and invited guests.

Created in 2002, Debating Matters is a national sixth-form debating competition, a project of the Institute of Ideas (IoI) involving nearly 300 schools and 2,000 students from around the UK. The IoI organises intelligent public debates, including an annual debating festival in London, the Battle of Ideas.