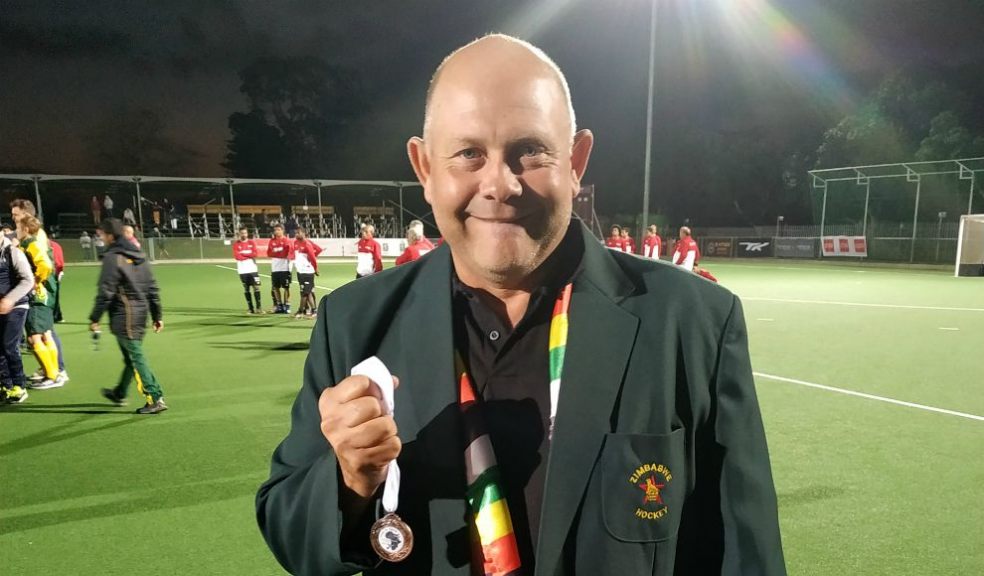 Gus, 48, combines his role as Exeter College Hockey Academy Coach with being Head Coach of the Zimbabwe Ladies’ Hockey side and his developing team outperformed expectations to bag a bronze medal in the qualifying tournament held in South Africa over the summer.

The third-place finish represents the highest position the country has finished in the tournament since 1990 and Gus was thrilled to help his side on their way to a medal.

“Getting that bronze medal was a great way to end what had certainly been a challenging two months in Zimbabwe fraught with many challenges,” said Gus.

“What’s particularly pleasing for me is that this result means that Zimbabwe’s world ranking of 66 will improve and give the team a much higher standing when it comes to future tournaments.”

Since speaking, Zimbabwe Ladies’ Hockey side has indeed risen in the rankings, leaping up to 46th in the world rankings.

During their training in the build-up to the tournament, Gus and his side had to deal with blackouts and fuel shortages but the entirely self-funded team still managed to train four times a week.

The tournament itself wasn’t without drama, as Zimbabwe Ladies were informed that their first two games would be against the top two ranked teams in the competition, Ghana and South Africa.

Gus’s side fell to a late 3-1 defeat against Ghana and then pushed African champions South Africa all the way and, despite losing 2-0, the result represented the best performance against the host nation for any time in the tournament – all the other teams that faced South Africa lost by five goals or more.

Zimbabwe went on to defeat Kenya 2-0 and then played out a frenetic match with Namibia and ran out 3-2 winners to secure the bronze medal.

“To win a medal of any colour is really quite an achievement,” said Gus.

“If we had won the tournament we would have been going to the Tokyo Olympics in 2020 but we’re all thrilled to have come away with the bronze medals. Thank you to all who followed, supported and helped me and my team have a chance of an Olympic dream.”