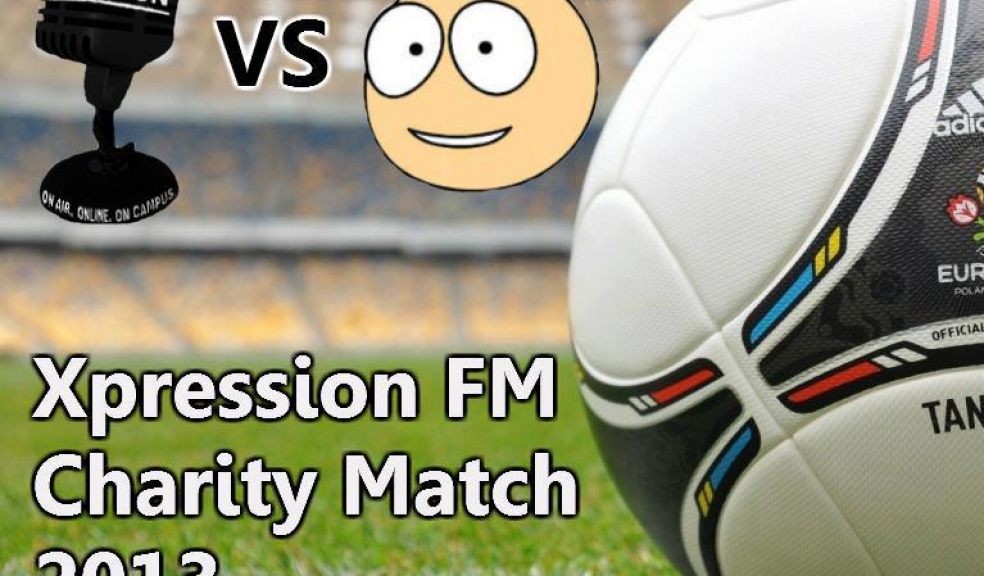 The match is being held on the Rubber crumb at the University of Exeter Sports Park and will feature a team of pundits from the University’s radio station taking on a team of University staff including lecturers and SABBs.

The event will raise money for the Adam Stansfield Foundation, a local charity set up in honour of the former Exeter city striker who tragically died of bowel cancer in 2010.

The foundation aims to promote a healthy lifestyle for children across Devon, Herefordshire and Somerset by encouraging them to play sport from an early age.

As well as the football, there will also be a chance for spectators to get involved in a penalty shootout, cake sale and raffle with prizes including a meal for two at Lloyds restaurant and a family ticket to an Exeter FC match.

Ben Warden, Xpression FM Head of Sport, said: “Xpression FM are so excited about this event and most importantly the opportunity to raise money for a fantastic cause, namely the Adam Stansfield Foundation.

“The Xpression Sports Team are determined to beat our lecturers and staff so expect a competitive game and there is going to be plenty going on off the pitch too.

“We would love people to come along, get involved and give as generously as possible.”

The action kicks off at 11am and more information can be found by searching for ‘Xpression FM Charity Football Match 2013’ on Facebook.

You can also donate by visiting: http://uk.virginmoneygiving.com/team/xpressionfmsportsteam