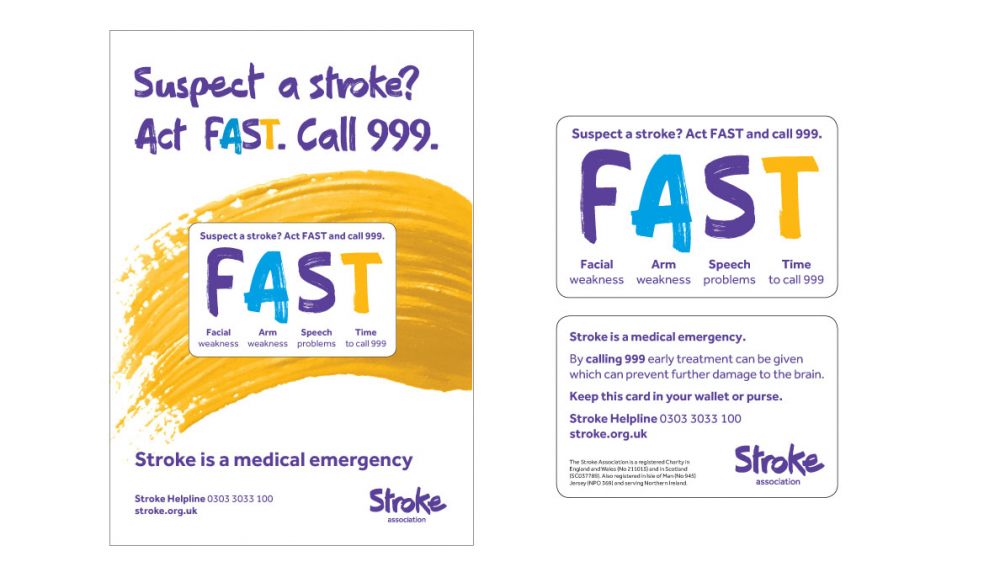 Thousands of people are at risk of stroke because they fail to recognise the signs of a Transient Ischaemic Attack (TIA, also known as mini-stroke), according to the findings of a new poll(i) launched today on World Stroke Day (29th October 2012).

A Stroke Association survey of over 183 members of the public in the South West, conducted by ICM Research, revealed that:

Over 46,000 people across the UK have a TIA every year in the UK. Symptoms can include facial weakness, speech problems and pins and needles down one side of the body, but they often last for just a short time.

Earlier research carried out at the University of Oxford(ii) and funded by the Stroke Association revealed that one in ten patients who has a TIA will go on to have a major stroke within a week without treatment.  The study predicted that if all patients experiencing a mini-stroke in the UK received emergency treatment, almost 10,000 strokes could be avoided each year.(iii)

Professor Peter Rothwell, lead researcher of the project says; “A TIA is an emergency and a significant proportion of people will go on to have a major stroke if they don’t seek urgent medical attention.  However, this poll suggests that the signs of a TIA are still being ignored. This needs to change.”

In 2004 63 year old Robert Washbrook was mowing the lawn when he began to feel dizzy.  After five minutes, the symptoms disappeared and Robert carried on with his day as normal, putting the experience down to a ‘funny turn’ and one too many drinks the previous night.  A week later, Robert incurred a similar experience at work; he felt dizzy again and felt a tingling sensation in one of his arms.  This time, Robert decided to go to his GP who told him that he’d had a TIA and he was sent to hospital immediately.

“The results of this poll are very concerning. Over 150,000 people have a stroke every year in the UK but up to 10,000 of these could be prevented if more people were aware of the symptoms of TIA and sought out emergency treatment. Not only would this save thousands from a lifetime of disability, it would also save the health service a considerable sum.

“Too few people are aware of the huge risk of stroke following a TIA. This needs to change. Anyone who experiences the symptoms, regardless of whether they disappear within a matter of minutes should go to hospital immediately. Assume it’s a stroke until it’s proven not to be by a medical professional.”

A TIA is a stroke-like event, which is caused by a temporary lack of blood flow to the brain.  Like a major stroke, it can be diagnosed using FAST, but the symptoms are only temporary:

Facial weakness – has the person’s face drooped, usually down one side

Time to call 999 – if one or more of these symptoms are present call 999 immediately.

The Stroke Association is also launching the Stroke Solidarity String, the new worldwide symbol for stroke, to mark World Stroke Day. The charity is encouraging everyone to familiarise themselves with the symptoms of TIA and stroke and show their solidarity in the fight against stroke. You can purchase your own string from: www.stroke.org.uk/solidaritystring

i.        ICM Research interviewed a random sample of 2009 adults aged 18+ in GB online between 3rd-4th  October 2012.  Surveys were conducted across the country and the results have been weighted to the profile of all adults.  ICM is a member of the British Polling Council and abides by its rules.  Further information atwww.icmresearch.com.