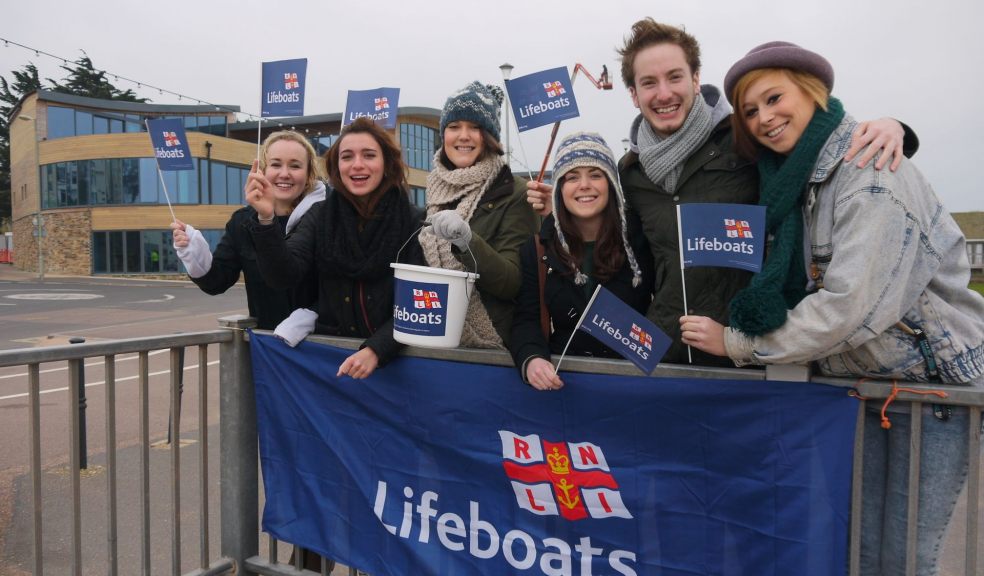 Students from the University of Exeter have plans to set up a fundraising branch on campus for their local lifeboat station. In addition, two other groups from the University already have events planned at the end of March specifically to support the launch and recovery vehicle appeal at Exmouth RNLI.

It is hoped that, with enough support, a branch can be established that will both raise the profile of the RNLI among the University population, as well as raising funds. Community Fundraising Manager for the South West, Frances Warren comments:

"We are delighted students at Exeter University are keen to get involved with fundraising for the RNLI and develop links with the local lifeboat station at Exmouth.  A number of students at this University have been involved with the RNLI through summer jobs and it is wonderful they are keen to continue to support us in this way. The group at Exeter have some exciting plans for events over the next year."

"The RNLI has several Student Ambassadors at the University, who have raised funds at campus events in the past. Some of these Ambassadors have long been supporters of, and volunteers for, the RNLI; others have only recently become aware of the charity’s work. It is hoped that attracting more Ambassadors will lead to a group that can to help organise formal, large-scale events that will raise funds.

"In February, those who expressed an interest in fundraising met with Frances. This direct contact with someone from the Institution formalised the process of beginning to form a branch at the University. It is hoped that once set up, the branch can hold events of its own, as well as involving lecturers and other university staff in the efforts to raise funds. Those that met with Frances came from all years across the University, and showed a commitment to wanting to raise the profile of the RNLI. Members of sports societies and drama groups attended which fostered the idea of organising society-based events that would raise money for the life-saving charity.

"The proximity of the University to Exmouth means that the students already have a connection to the coast, and it is hoped that it can make a significant contribution to fundraising efforts for Exmouth’s launch and recovery vehicle appeal."

In addition to the branch, two groups of students have already initiated fundraising events:

• Six final year drama students are basing their final course module around the life-saving volunteers’ roles. Researching the physical and mental constraints RNLI crew members experience and through workshops run in conjunction with Exe Sailing Club, the students plan to conduct a performance on Exmouth seafront. The event will take place on 22 March between 5 and 7pm at the Coast bar. The event is free and there will be a bucket collection to raise money towards the Exmouth RNLI fundraising appeal.

• The University’s 1st hockey team are due to play a varsity match against the University of Cardiff & UWIC on 24 March at 2pm at Exeter’s Streatham campus (University Sports Park, Streatham Campus, EX4 4QN). There will be refreshments available and a performance from the University cheerleading squad at half time. There will be a bucket collection and a range of RNLI souvenirs to purchase at the match.

"Both sides are looking for promotion from the National Conference West (the second tier of national hockey), into the Premier Division, hockey's equivalent of the Premiership in football. Depending on how results go, we could secure promotion on 24 March, making the event so much more than an exhibition. We are targeting a turnout of over 800 to mark the opening of our new grandstand by the side of the pitch."