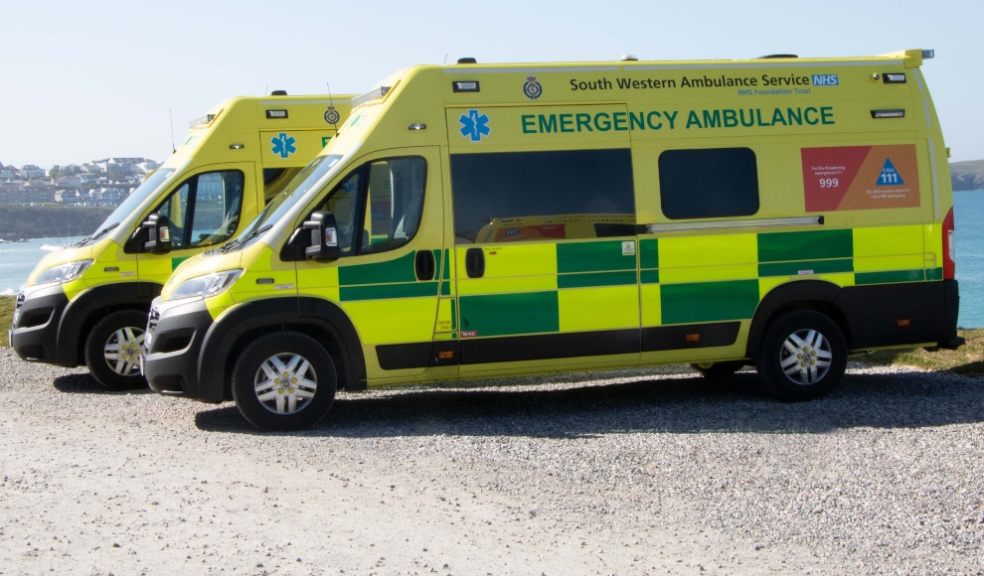 The 2022 ‘Outrun an Ambulance’ virtual event has been launched by the South Western Ambulance Charity.

People in the South West of England are being asked to rise to the challenge and support the region’s ambulance workers, by conquering the mileage an ambulance covers on an average shift while responding to people in urgent need.

A year on, a further five other ambulance charities are now taking part across the country.

Money raised for the South Western Ambulance Charity as part of this year’s ‘Outrun an Ambulance’ challenge will support SWASFT staff and volunteers by funding well-being enhancements at local stations throughout the region.

Zoe Larter, Head of the South Western Ambulance Charity, said: “Our ambulance staff and volunteers really are going the extra mile to keep us all safe during these challenging times.

“It’s now our time to go the extra mile for them!

“Taking part in the ‘Outrun an Ambulance’ challenge means not only supporting ambulance staff, but it’s a great excuse for people to focus on their own health and wellbeing too.

“The challenge is designed to suit all people and all abilities. You don’t need to complete it in one go, and you could take part as a team with each individual covering part of the distance.”

Participants are challenged to complete their selected distance, plus one extra mile. If they don’t want to run, they can walk, swim, scoot, hand-cycle, or ride anything that is self-propelled.

Fundraisers can choose their timeframe, up to a maximum of three months to ‘outrun’ the distance by at least one mile.

The ‘Outrun an Ambulance’ fundraiser was dreamt up by an Emergency Care Assistant from SWASFT, while she was shielding during the Covid-19 pandemic.

Shannon Witts and her family outran the total mileage of 196 miles for three ambulance stations in the Gloucestershire area, raising more than £600 towards the total.

As participants prepare for their challenge, it is recommended that they speak to their GP first if they have not exercised for some time or have any medical conditions or concerns. For further guidance visit www.nhs.uk/live-well/exercise. It is also recommend that people stick to well-lit areas if exercising outdoors after dark.

For more information and to set-up a personal fundraising page for the ‘Outrun an Ambulance’ challenge visit www.outrunanambulance.co.uk . Fundraisers can choose the area they want to support and discover the mileage target options for their own fundraising challenge. 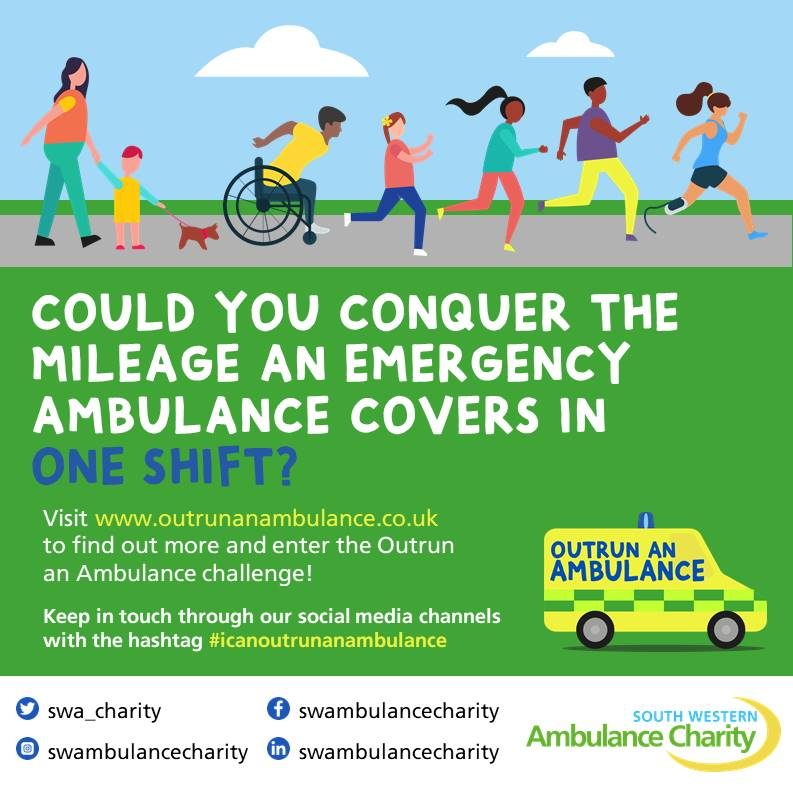