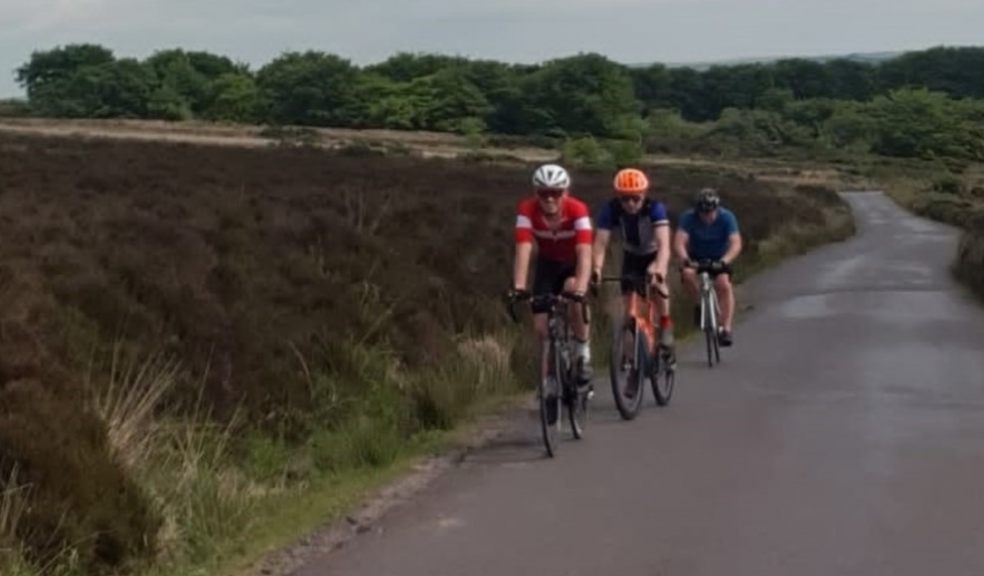 A team from National Highways will be taking to the roads of the South West over 24 hours later this month to raise funds for two mental health charities.

On June 23rd/24th, five members of the company’s South West team will attempt to cycle 261 miles on winding and hilly roads from Penzance in Cornwall, through Devon, Somerset and South Gloucestershire, to Tewkesbury in Gloucestershire.

The 24-hour fundraising effort, in aid of the Samaritans and the Lighthouse Construction Industry Charity (Lighthouse Club), will take the riders from Penzance along the A30 and up and across local country roads through Dartmoor to Exeter and across Exmoor to Bristol before the final leg of the journey to finish at junction 9 of the M5 at Tewkesbury.

Terry Robinson, one of the intrepid quintet and a South West Engineering Team Manager for National Highways, said: “We’ve all become very aware of the growing issue of mental ill health, both professionally and personally, and recognise the importance of charitable organisations for their support and interventions.

“The construction industry has one of the highest incidences of mental ill health, we work closely with the Samaritans on a national and regional basis, and after a chance conversation, we thought we could do something to raise awareness and vital funds for the two charities.

“We’re starting off on a section of our network in Cornwall before making our way to Gloucestershire on local roads, and stopping off at our office bases at Exeter and Bristol en route.

“It’s going to be a mammoth physical effort to cycle the full length of our region – we’ll need to average 13-14mph – but we’ve been putting in the hard practice yards, we’ll also have a great support team behind us across the route, and we’ve set a target of raising £10,000 which should act to spur us on.”

Terry will be joined by engineers Jack Mason and James Richards and project managers Ian Cole and Mike Webster, and a team of volunteers from the company will be supporting them across the 24 hours.

And in preparation for the 24-hour challenge, the team have been clocking up hundreds of miles across the south west’s roads, including a triathlon for good measure!

Stacey, a Control Room Operator at the Regional Operations Centre in Bristol, took part in nine endurance events across the country, ranging from 25k to 100k, and raised more than £8,500 for the mental health charity in the process.

Sam Gale, Corporate Partnerships Manager at Samaritans said: “Thank you so much to Terry and the whole team from National Highways for taking on this incredible challenge to raise vital funds for Samaritans.

“Every 10 seconds, Samaritans responds to a call for help. It’s thanks to phenomenal support from our partners such as National Highways that we can continue to be there for those facing their darkest hour, 24 hours a day, 365 days a year.”

And Bill Hill, CEO of the Lighthouse Club, said: “The Lighthouse Construction Industry Charity is the only charity that provides emotional, physical and financial wellbeing support to the construction community and their families.

“We provide a 24/7 helpline which provides a range of free and confidential support for members of the construction industry, along with other support services, and we would not be able to offer this level of support without fantastic fundraising such as this challenge being taken on by the National Highways team”

Anyone wishing to donate to the 24-hour fundraising effort can go to the JustGiving account at https://www.justgiving.com/crowdfunding/NHCharityCycleSamaritansLighthouseClub