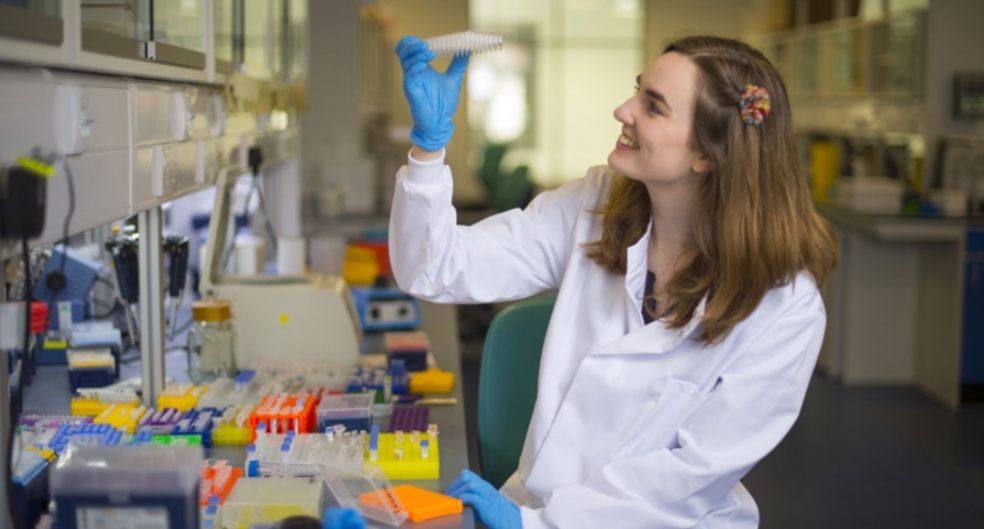 A group of eight dementia researchers from the University of Exeter are aiming to run over 301km – the distance between their laboratory and the Alzheimer’s Research UK head office in Cambridge - before the end of the summer to raise money for pioneering dementia research.

The scientists have all signed up for Alzheimer’s Research UK’s Running Down Dementia challenge.

Running Down Dementia challenges people to run, walk or jog either 100km (Pioneer), 300km (Epic) or their own choice of distance (Maverick) before the end of August to raise money for the UK’s leading dementia research charity.

The Exeter team are part of a large world leading group trying to understand how genes affect the brain. Part of their work focusses on how and why small changes in genes can affect a person’s risk of developing dementia.

Dr Jennifer Imm, a post-doctoral researcher within the team, said: “Through family members I have seen the loss that dementia causes, and I passionately believe scientific research done by labs like mine will provide us with the breakthroughs that change people’s lives.

“As scientists, we have firsthand experience of the vital work that Alzheimer’s Research UK does to make pioneering dementia research possible. Taking part in Running Down Dementia to raise money for Alzheimer’s Research UK is our way of saying thank you to them and their dedicated supporters who make our work possible. There is an urgent need to support charities during these uncertain times.”

To sponsor Jenny and the rest of her team you can visit: alzres.uk/rdd-cdegroup

Alzheimer’s Research UK, which is the official charity partner of parkrun UK, first launched Running Down Dementia in 2016. The campaign has so far raised over £1million for life-changing research.

Megan Ruddlesden, Sporting Events Manager at Alzheimer’s Research UK, said: “More than half of UK adults know someone with dementia and there are 1,402 people in Exeter alone living with the condition. Today, there are no effective treatments to slow, stop or prevent the diseases that cause dementia, but scientists like Jenny are working hard to change that.

“We are so grateful to everyone, including this group of dedicated researchers in Exeter, who are clocking up the kilometers for Running Down Dementia. Now more than ever, the vital funds raised will be critical in our mission to make breakthroughs possible for people with dementia that will keep them connected to their families, their worlds and themselves for longer.”

To sign up for Running Down Dementia go to run.thetreblechallenge.org

When someone signs up they create their own supporter page where people can see how they are getting on and sponsor them. Participants can connect tracking apps such as Strava or MapMyFitness to their supporter page to record their activity or can manually add runs or walks.

Anyone who raises £200 will receive a free Alzheimer’s Research UK neckwarmer and participants who raise £400 will get a Running Down Dementia T-shirt.