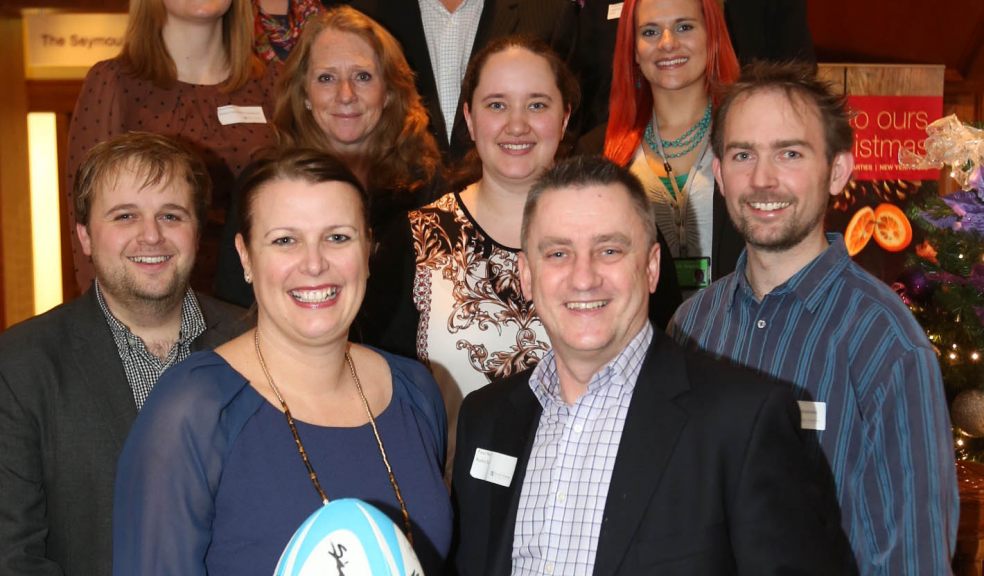 Paul Nero, chief executive of Radio Exe was the auctioneer on the day, taking bids from over 100 business people that were in attendance. Items for auction included an Exeter Chiefs Rugby weekend experience for two, in aid of St Loyes Foundation, and a beautiful framed print of the cover photo of the BBC Radio Devon Countryside Calendar from Devon Community Foundation.

Also up for auction, courtesy of Hospiscare were 2 tickets to see Robin Cousins' ICE show in February half term and a 1 night stay at the Southgate Hotel which included dinner, bed & breakfast for 2 adults and an original Falcone Scorpio 10 speed gents racing bike, donated by Ride On-Cycle for All.

Laura Hewitt, account manager at Devon Community Foundation was delighted with the ending bid for the framed print saying, “It was great to take part in the Chamber’s charity auction and we are really pleased with the outcome of the bidding. It was nice to come together with other local charities and business people and celebrate Christmas.”

One of the main prizes that gained a lot of interest from members was a ‘money can’t buy’ item from Paignton Zoo. The Zoo offered an opportunity of a lifetime, the chance for two people to come face-to-face with Paignton Zoo's very own Western lowland gorillas. This experience - which is not something they normally offer to the public, also included lunch for two and the chance to visit all the other exhibits in Paignton Zoo.

Sara Bond, chairman of the Exeter Chamber of Commerce said: “The annual Christmas Networking lunch is always fun and a fantastic way to end the year. It was great to do the charity auction this year and give something back to our charity members. I would like to thank all those that made the event possible and on behalf of the Exeter Chamber – I wish everyone a very Merry Christmas and a Prosperous 2014.

The other charities that took part in the Chamber’s December lunch were Exeter Community Initiative, Exeter YMCA and ELF, all charity members of the Chamber.