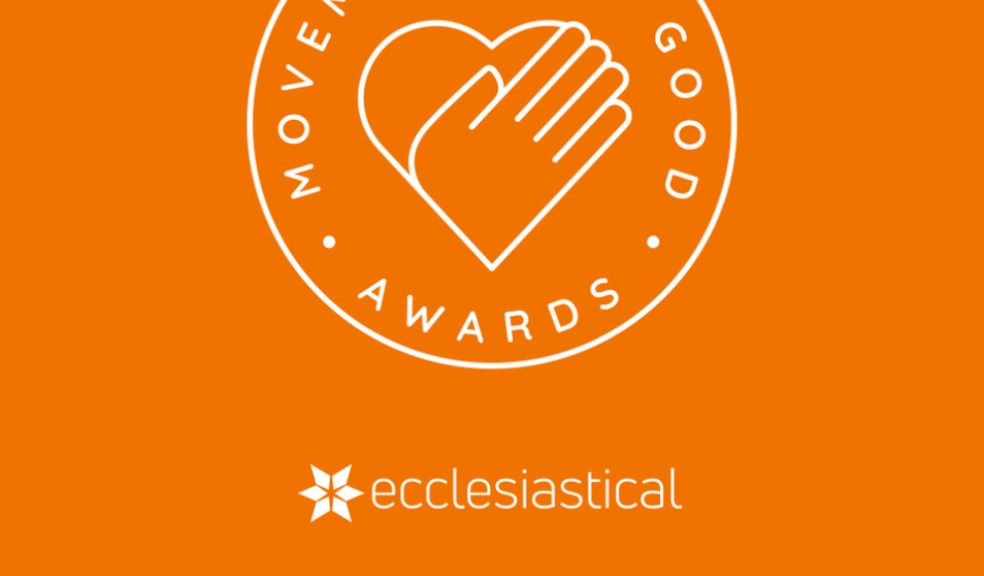 For the third year running, Ecclesiastical Insurance Group is giving away £1million to charities with the return of its Movement for Good awards.

From today, people in Devon can nominate a cause close to their hearts for a potential £1,000 award to help make a difference. 500 charities will each receive £1,000 during the first phase of the campaign. A second phase of giving will happen later this summer.

Since the initiative began in 2019, nearly 4,000 Devon residents have nominated causes they care about, leading to the Movement for Good awards gifting £11,000 to charities across the county. Animals in Distress (Torbay and West Country), Exmoor Calvert Trust and Gables Farm Dogs and Cats Home were amongst the beneficiaries, following overwhelming public support.

The nomination process is open until 13 June. Winners will be drawn at random and the more times a charity is nominated the more chance it has of being selected.

It’s quick and easy to nominate, you can vote for your favourite charity online at: www.movementforgood.com

Mark Hews, Group Chief Executive of Ecclesiastical Insurance Group, says: “We’re delighted to announce the launch of Ecclesiastical’s Movement for Good awards for the third year running. Our Movement for Good awards will continue to help charities at a time when they need it most and we know that for many charities, £1,000 can make a real difference.

“We were thrilled to receive so many nominations from the public last year and this year we are encouraging even more people to nominate a good cause. Ecclesiastical, the fourth largest corporate donor in the UK, is a unique financial services group. We are owned by a charity which means all available profits can be given to the good causes that are so important to our customers. As a company whose purpose is to contribute to the greater good of society, charitable giving is at the heart of our business.”