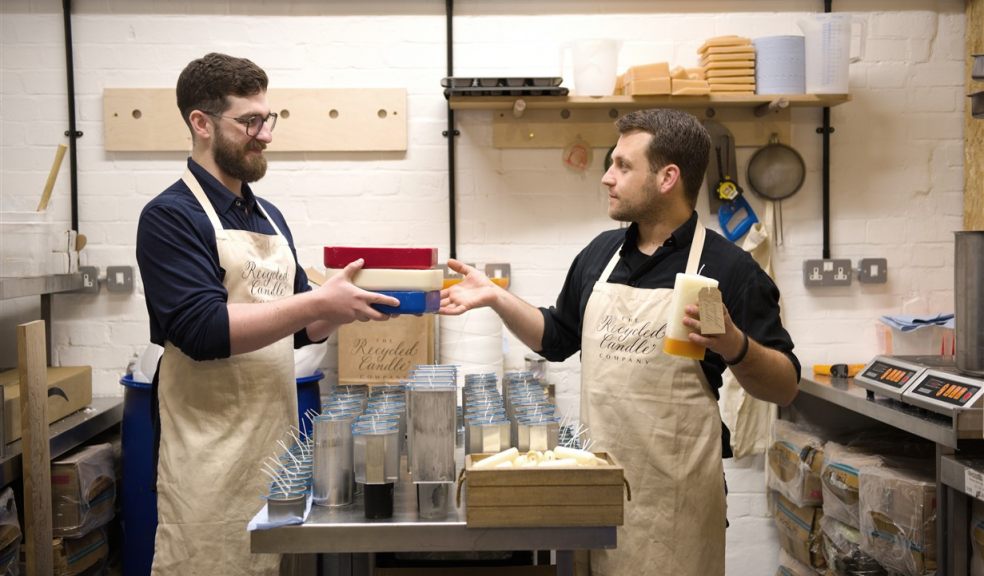 Wax recycling eco-business The Recycled Candle Company has won an International Green Apple Environment Award in the campaign to find the greenest companies.

The Exeter-based business competed against more than 500 other nominations to scoop one of the coveted awards.

Sargon Latchin, co-founder with Richard Hills-Ingyon says “It’s a real honour to be named as one of the winners in these well regarded environmental awards and join a number of previous winners from the region.

“After the exceptional pressures of the past year and the impact of the lockdowns which meant closing the shop several times, this award is extra special. It’s a tribute not just to our work, but to everyone who has continued to collect and donate their old candles to be reused.”

The Recycled Candle Company is clearly on a roll, having also recently collected the award for Retailer at the Exeter Living Awards.

The Green Apple Awards are run by The Green Organisation - an international, independent, non-profit, non-political environment group that began in 1994 to recognise, reward and promote environmental best practice around the world. The awards presentation ceremony will take place at the Houses of Parliament on November 15.

If you know a company or organisation that deserves recognition for its environmental efforts, nominate them for an International Green Apple Award at www.thegreenorganisation.info/awards