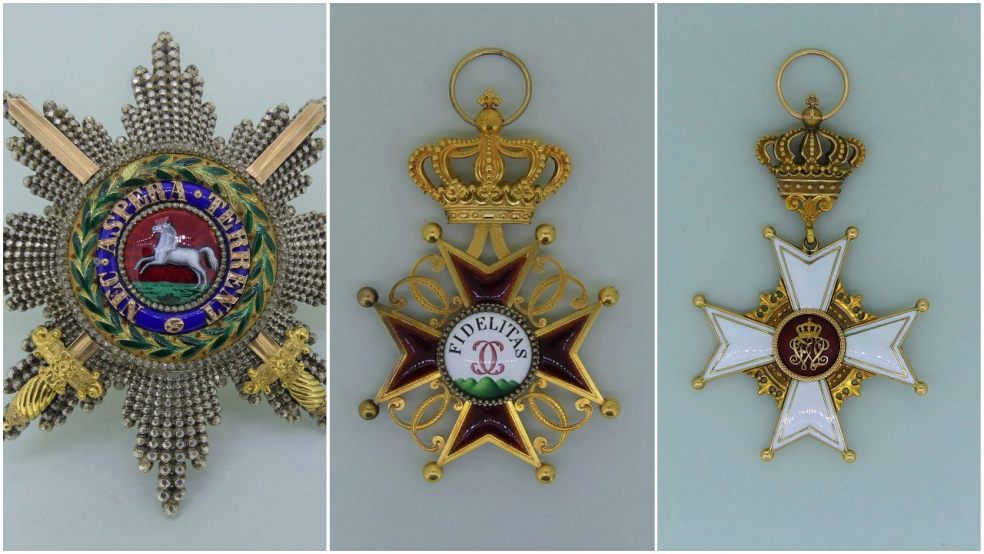 A fascinating collection of medals with German provenance is to be auctioned by Chilcotts in the June Fine Art, Antiques and Collectors Items sale.

They are 19th century German Orders of Chivalry and one late 19th century medal - thought to have once been awarded to an aristocratic German family. Included is the Royal Guelphic Order, which was established as a British medal in 1815 during the Georgian era; when Victoria became queen in 1837 it became a Hanoverian Order, only awarded in Germany.

Another, a gold Diamond Jubilee medal from 1897, was one of only 200 ever to be commissioned. These medals were bestowed by Queen Victoria to her relatives, indicating that the German family recipients were high born and related to the Queen.

These items are being sold on behalf of a Devon family. The English owner, now deceased, had served in Germany with the occupying British Army in the immediate aftermath of WW2. Due to their rarity, there is likely to be a good deal of interest and they are expected to sell for £8,000 to £12,000 at the auction.

The sale is on June 1 at the Silver Street sale room in Honiton, close to Honiton Community College. Viewing is on Thursday, 9:30am to 5pm, Friday 9:30am to 7pm and on Sale Day from 8:30am. The sale starts at 10:30am. Viewing and live online bidding will also be available via the-saleroom.com