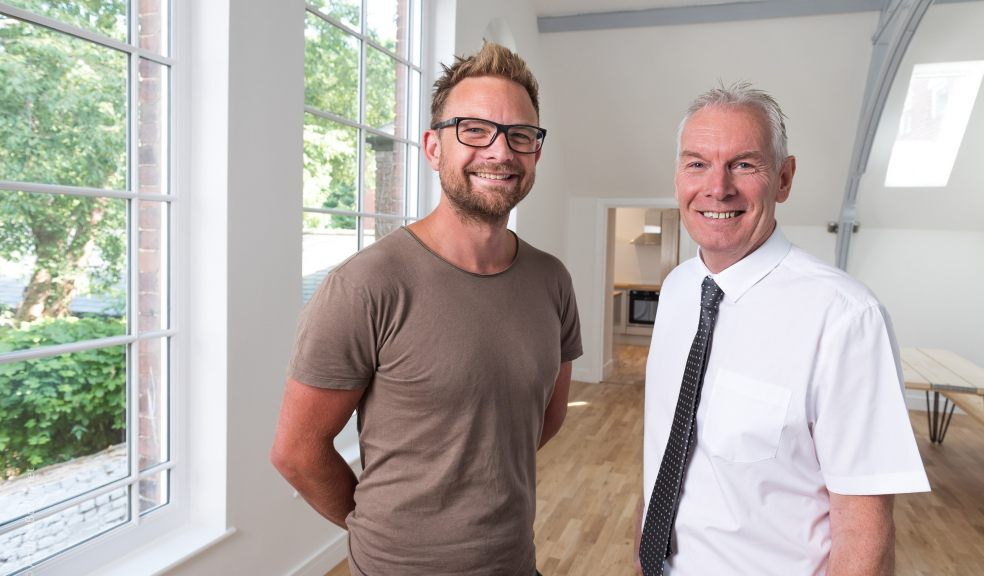 New life was breathed into an historic Exeter building after the completion of a major refurbishment project.

The building in Bartholomew street was previously a theatre known as ‘Stage Studios’, home to a theatre school and dance company. It was bought by property developer LS Properties for refurbishment into accommodation for students and/or young professionals.

Now split into two six-bedroom apartments with separate entrances, each apartment has two bathrooms, a large communal lounge and good-sized kitchen. The two lounges are key features of the properties, each offering an impressive space for socialising and relaxing.

Max Sayers from LS Properties says that as soon as he saw the property he thought it was a ‘brilliant space’ with bags of potential. He adds that part of the plan was always to retain the original features of the historic building, and this is evident from the quirky feel of the rooms.

South West independent electrical wholesalers Devondale was responsible for the electrical element of the refurbishment, working closely with electrician Lewis Voss. Lewis has worked with Devondale on a variety of projects.

Devondale Account Manager Kevin Coles liaised closely with his team in Exeter to secure the most competitive prices for the specification which included the alarm system, extractor fans, emergency lighting and an industrial-style light for one of the lounges.

This stunning refurbishment began in November 2017 and was completed in time for the next intake of students to Exeter University.