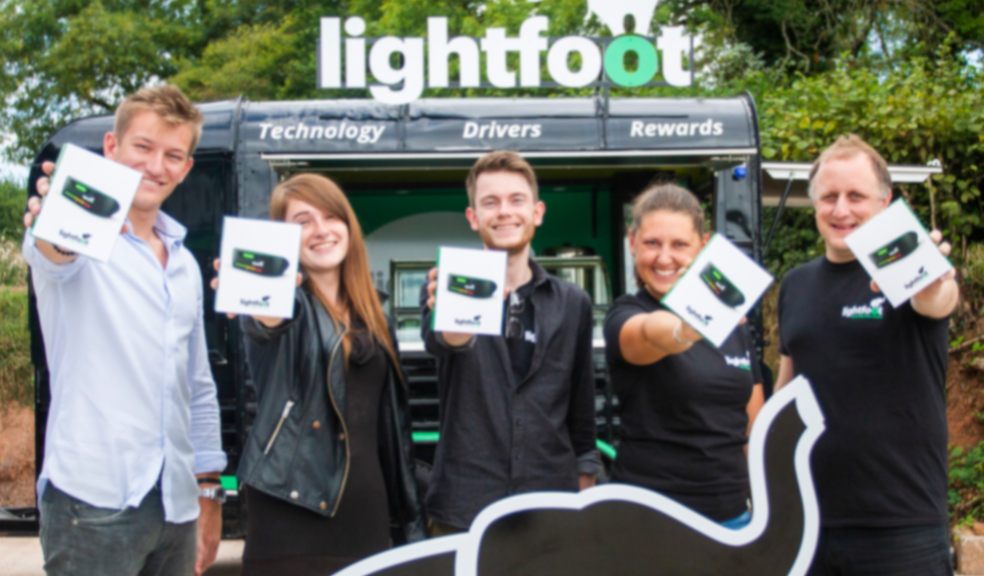 Business leaders from across Exeter and Devon are being invited to attend a major launch event at Exeter City Football Club next Thursday evening (25 April), where details of a city-wide campaign to slash vehicle emissions will be launched under the Breathe Exeter initiative.

The initiative is being launched by technology firm Lightfoot – maker of the world’s first technology to reward better drivers – with the goal of removing the equivalent of 1,000 cars’ worth of emissions from Exeter’s air by the end of the year, simply by changing the way motorists drive their vehicles.

The involvement of local businesses is seen as critical to the initiative, as they have a part to play both for vehicles under their ownership and as employers of drivers that commute in and out of the city every weekday of the year. The open invitation to businesses is designed to build rapid engagement and involvement among individuals, businesses and public sector bodies that wish to play their part in making Exeter a “cleaner, greener” city by the end of 2019.

Martin McCourt, former CEO of Dyson and now non-executive chairman of Lightfoot, will be speaking at the launch event about the potential for Breathe Exeter to start an international movement to instantly and permanently reduce pollution and emissions in cities.

Major investment in the city

Lightfoot, which is investing over half a million pounds in Breathe Exeter, aims to achieve its goal by installing its in-car technology, often described as “the Fitbit for cars”, in at least 5,500 vehicles by the end of the year. In so doing, this will remove 550 tonnes of pollutants from the city’s air.

Commenting on the Breathe Exeter launch event, Mark Roberts, founder and CEO of Lightfoot, said: “Exeter city is blessed with many enlightened businesses and organisations and, together, we can create a greener, safer, less polluted city for all. As a community, we don’t need to be perfect. We need to take small steps to behave more sustainably. That’s where people power truly lies – when we all commit to a common goal, we become greater than the sum of our parts. With thousands of us working together, we can significantly cut emissions and make Exeter the first city-scale case study that proves the power of collective action.”

“Businesses joining us on this journey have a huge part to play in making a positive difference to the city, their staff and their families. Jointly, we can create a blueprint for other cities to follow, proving that a social movement for change can have a bigger, more immediate impact than slow-moving national policy. Together, we can dramatically cut CO2, NOx, and particulates through one simple action - smoother driving.”

Businesses interested in attending the Breathe Exeter launch event, which takes place from 6.30pm-8.30pm in the Supporters’ Trust Suite, St James Park (Exeter City Football Club), can reserve a place on eventbrite. In addition to the talk by Martin McCourt and information on how businesses are able to save up 20% on their annual fuel bills, guests can look forward to entertainment, complimentary drinks and canapes.

How to play your part in Breathe Exeter

As part of its commitment, Lightfoot, which is headquartered on the outskirts of Exeter, is subsidising the cost of its technology from its RRP of £169. Available at just £149, or at £9.99 per month, Lightfoot can save drivers up to £700 a year in combined savings and earnings, through improved fuel economy and the Lightfoot Rewards platform.

To achieve these savings, drivers simply need to reach Lightfoot’s ‘Elite Driver’ standard - requiring a Lightfoot score of 85% or above. At this point, fuel and emissions savings of up to 20% become possible. Lightfoot helps drivers achieve this through a mix of visual and audible alerts from its dashboard display, guiding drivers to a better, safer, more efficient style of driving, offering rewards in return.

Its high-tech analytics and configurable in-cab feedback enable users to maintain a driving style that keeps their engine in its ‘sweet spot’ – where it uses the least fuel, emits the least pollution, and is most efficient.

Those reaching Elite Driver standard are automatically entered into cash prize draws and can enter competitions to win the latest tech, exciting experiences, and luxury produce that reward their efforts to drive more efficiently.

Motorists maintaining Elite Driver status can also look forward to 20% off their car insurance, as well as hundreds of savings with retailers and venues across the UK. The potential to save and earn hundreds of pounds gives better, safer driving a tangible value that drivers have never enjoyed previously.

Lightfoot’s technology has been widely used in the fleet sector by household names including Virgin Media, Greencore, and South West Water. It has also been trialled by private motorists in Exeter over the past two years, enabling the company to refine its technology and rewards platform in readiness for Breathe Exeter. Lightfoot users typically see reductions in fuel costs by up to 20%, harmful emissions by 20%, at-fault accidents by up to 40%, and wear and tear costs by 45%.