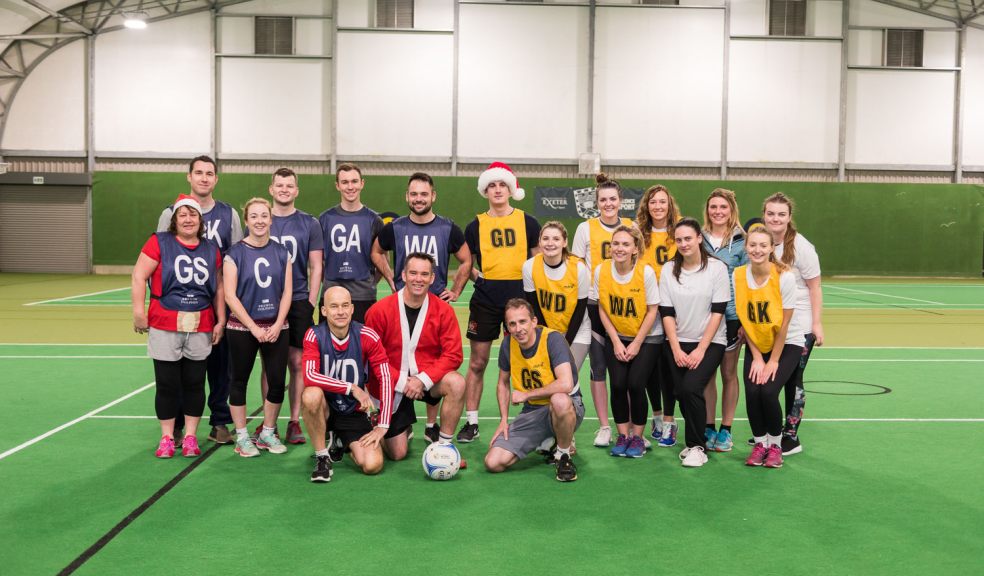 Eight Exeter-based businesses have competed in a mixed netball competition to raise nearly £500 for Jay’s Aim – a charity focused on reducing the number of young people who die from sudden cardiac death in the South West.

“It was great fun – friendly but at the same time hugely competitive,” said Brewin Dolphin assistant director Vicky Eastwood, who organised the contest. “Ashfords came out on top in the end but everyone played well and had a very good laugh in the process.

“James (Jay) Osborne was a much-loved Brewin Dolphin investment manager who died suddenly at the age of 28 whilst out running. The charity has been set up in his name and we’re delighted to be able to contribute to its important work with an event so entirely in keeping with his sporty nature.”

Following the tournament, participants retired to the university’s RAM bar for a buffet and drinks. A raffle was also held, with prizes donated by local companies.