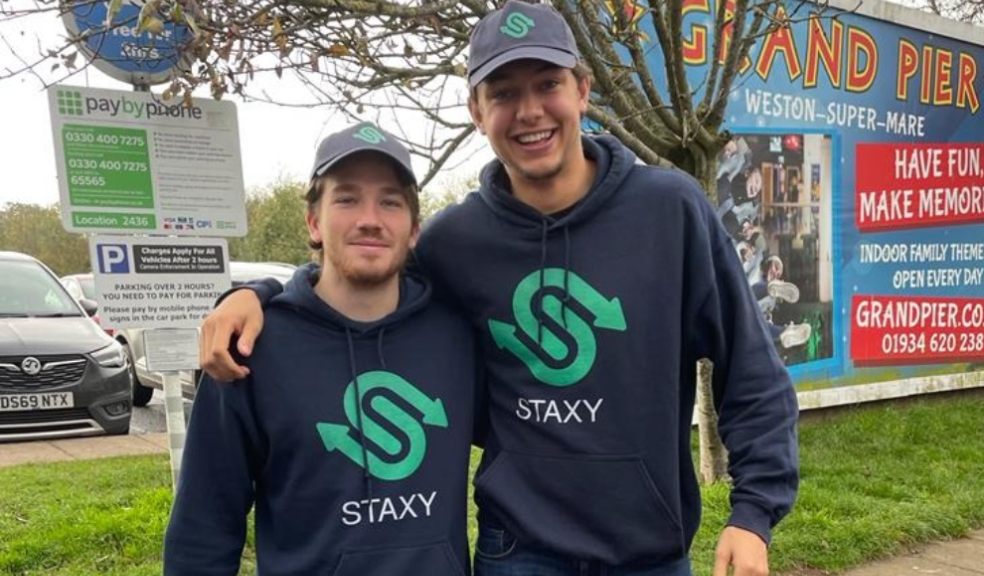 Two Exeter graduates are on the road to becoming successful entrepreneurs after launching a ride-sharing app exclusively for students that gives them a cheaper – and greener – way of travelling home for Christmas.

Recent graduates James Campion and William Line launched STAXY this term and their free app has already amassed 3,000 student users at the University of Exeter.

The app allows student car owners to post the journeys they are making so students travelling to the same destination can join as a passenger and pay using Apple or Google Pay.

The pair’s idea was to give students a more affordable alternative to expensive train journeys home or taxis to local venues, and to help the environment by reducing the number of cars on the road.

The two friends, who launched STAXY with fellow graduate William Hughes from Bath University, met in halls and were living with each other when they came up with the idea.

“We always just wanted to do something entrepreneurial and would chat about our ideas around the dinner table at university,” said James, who studied Economics and Politics.

Passionate about doing something that would make everyday life more sustainable, they had the idea of car-sharing exclusively for students, which James says is a “massive gap in the market”.

“So many people struggle to get to and from university from their family homes, even if it’s only to London it can cost £60 for a one way train ticket. But if one student has a car with three spare spaces then £10 pounds each would cover the cost of the journey,” he explained.

“One of the big things we always talked about was single occupancy vehicles, and how they cause congestion on the roads and increase CO2 emissions,” added William, a Politics, Philosophy and Economics graduate.

“You only have to go outside to see the number of single occupancy cars in use, it's absolutely astronomical and very inefficient in transport terms as well as bad for the environment.”

After taking their nascent idea to the Exeter Student Startups team and enrolling on the SETsquared Exeter Foundations programme, they were able to develop and launch the STAXY app this term.

Already more than 3,000 Exeter students have downloaded the app and posted 1,000 journeys with at least one passenger.

Being available only for students provides users with an initial degree of safety, but STAXY also includes additional safety features such as a driver rating system and the ability to create private groups where only members of that group can post and join journeys.

James and William have recently begun working with the University of Exeter Athletic Union to track student car journeys and offset carbon emissions to ensure that every user on STAXY is carbon neutral when they travel.

And their wider ambitions are to promote a more sharing-based economy and to reduce single-occupancy travel rates across the country.

James said: “Our main goal now is to get as many students as possible on the app to help them via an easy car sharing solution to reduce emissions and reduce their costs. And then from that look to see what we can do.

“Transportation links in the southwest are historically not that great so we're working hard there and reaching out to Cornish councils to try and get it going there too. Then our goal realistically is to roll this out to students across the UK.”

Download the app for free on iOS here and Android here.