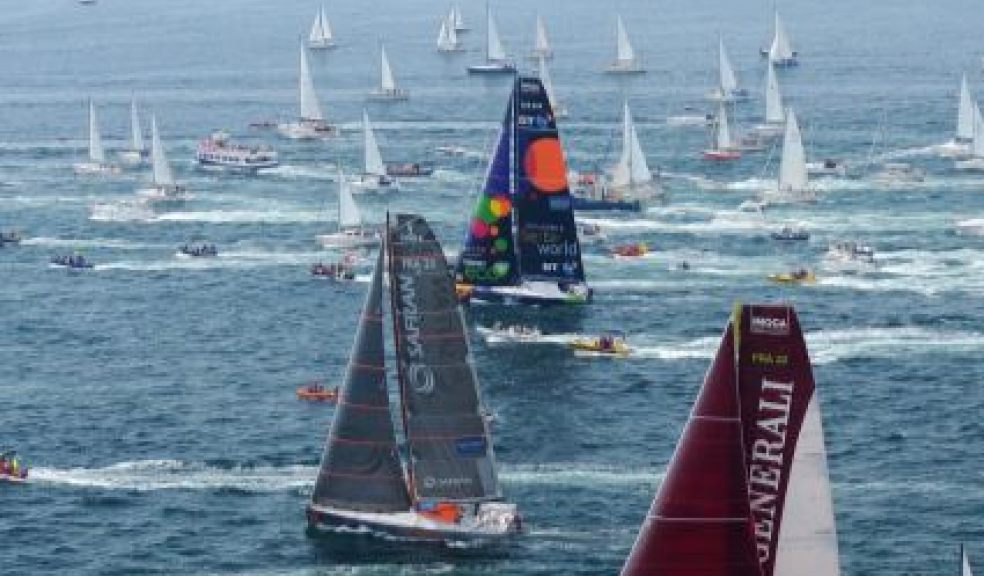 Around 25 of the best solo sailors will be welcomed with waves of open arms as they sail into Plymouth this April, as they prepare to take on one of the world’s greatest sailing events.

The Transat bakerly is the oldest and first solo Transatlantic race, first launched in 1960 following the 3,000 mile Plymouth to New York route. One of the most important and historic events in the professional offshore racing calendar, The Transat bakerly celebrates its 14th edition by returning to its origins.

Visitors are invited to welcome the sailors into Plymouth as they are set to arrive between 9am and 11am on Sunday 24 April. The world-class fleet will dock their boats at Plymouth Yacht Haven and Sutton Harbour Marina until the start of the race, from Plymouth to New York, on Monday 2 May at approximately 2.30pm.

During the first May Bank Holiday weekend residents and visitors and will be able to kick-back and relax in the bars and restaurants whilst enjoying a feast of entertainment including a Race Village, a brand new Ocean City Blues N Jazz Festival, air and firework displays as well as street entertainment.

Located on West Pier and Commercial Wharf, The Transat bakerly Race Village will be open from Friday 29 April until Monday 2 May, 10am to 5pm daily. As well as hosting a number of sailing themed stalls, including the Ellen MacArthur Trust, visitors will get the chance to find out more about this transatlantic spectacular.

The Ocean City Blues N Jazz Festival will take place in The Barbican on Saturday 30 April: 12pm to 10.30pm, Sunday 1 May: 12pm to 5pm and Monday 2 May: 12pm to 5pm.  Live music will include performances from The Hottentot Figs, The UK Meltones, Bad Knees Blues Band, Vince Lee and the Big Combo, Ben Robey and Redhouse.  More artists will be announced soon.

Residents and visitors will also be able to enjoy a fireworks display due to be set off from the Plymouth waterfront at approximately 9.15pm on Saturday 30 April.

On Sunday 1 May at 2pm the air display will run for approximately 30 minutes and will feature the Extra 300 unlimited solo aerobatics, the Brietling Wingwalking Team and the Red Devils Parachute Regiment parachute display team.

Deputy Leader of Plymouth City Council, Peter Smith, said: “To have this spectacular Transatlantic race come back to its original roots is an honour for our city. Over the years we have hosted a number of international sailing events, and what better place for it to start than in Britain’s Ocean City!

“To celebrate the return of the Transat bakerly to Plymouth, we are putting on an incredible selection of entertainment the weekend before the sailors depart on their race.

“We are predicting that The Transat bakerly will attract around 120 thousand visitors, boosting Plymouth’s tourism industry and overall economy. Local businesses need to be prepared to cater for this mass influx of people.”

The Transat bakerly boasts an impressive line-up of world-class solo competitors ranging from offshore racing veterans and Vendée Globe winners to ambitious adventurers with a passion for the extreme.

Four classes of boat will take part in this solo North Atlantic challenge. The Ultimes, giant flying trimarans measuring up to 90ft, are the biggest and fasted boats taking part in the race. The Transat’s three ultimes are expected to make it to New York in between 7 and 8 days.

Measuring 60ft and made from super light carbon fibre, the IMOCA 60s are made for top speed and to withstand crashing oceans. The IMOCAs taking part are expected to reach New York in less than 12 days.

Also expected to finish in less than 12 days are the five Multi50s. A nimble 50ft trimaran, the Multi50 is a well-practiced competitor and a popular racing tri since the 1970s.

The Class40 is the smallest boat in the fleet, measuring 40ft. It’s a tough and highly competitive keelboat, well equipped for taking on the North Atlantic Ocean. The Class40 competitors will take part, expected to reach New York in around 14 to 15 days.