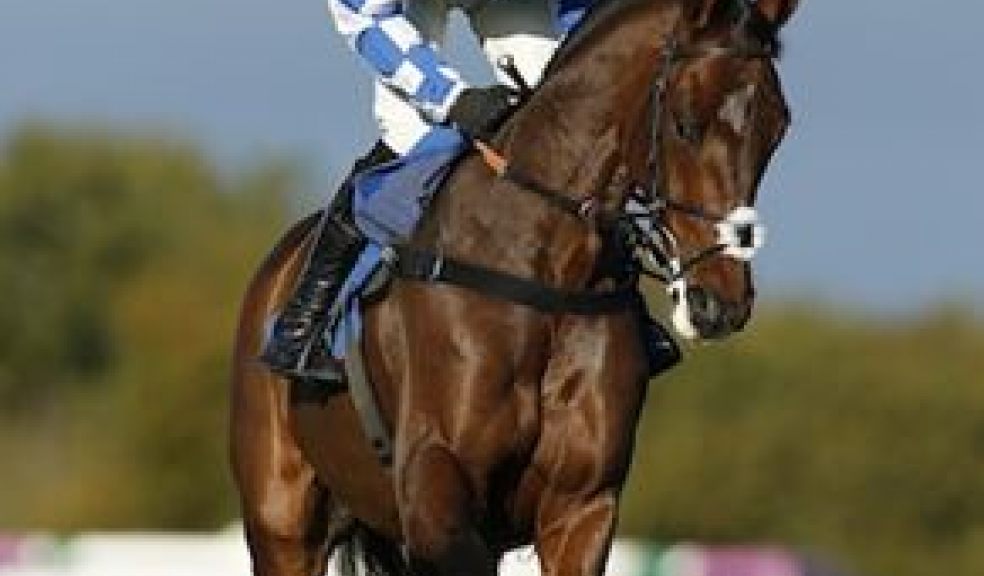 The prestigious two-mile one-furlong race is fast, furious and spectacular and with £62,500 in prize money it’s one that trainers make an early season target.

Champion trainer Paul Nicholls has earmarked Vibrato Valtat, a winner of four novice chases and fourth in the Racing Post Arkle at the Cheltenham Festival, for the race. He said: “It’s one of the early chasing highlights of the season and I try and save a nice horse for it.  It’s a very good start for two-mile horses. Kauto Star finished second in the race in 2005 before he went on to win the Tingle Creek.”

The Haldon Gold Cup is a race that typically attracts some of the country’s best chases, including past winners Edredon Bleu, Best Mate, Viking Flagship, Cue Card and Somersby, and is widely regarded as the first major contest over two miles in the jump racing calendar. It is also considered a stepping-stone to the world’s most prestigious race over this shortest distance a horse can run over fences – the Queen Mother Champion Chase which takes place at the Cheltenham Festival in March.

Henrietta Knight has won the Haldon Gold Cup four times with Best Mate (2001), Edredon Bleu (2002 and 2003) and Impek (2006). She said:  “It is always exciting to win that particular race. You get a tremendous reception and everyone is so welcoming. It’s at the beginning of the season and a prestigious race to win. If you do well, you really look forward to the rest of the season.”

Henrietta, who also watched Somersby, a horse she trained until she retired, win in 2013, will be at the racecourse signing copies of her new book Not Enough Time which is billed as a story of triumph and tragedy in equal measure and includes a moving chapter about Best Mate who passed away ten years ago. “I am very much looking forward to coming to Exeter again next Tuesday to sign my book and to watch the next victor of the Haldon Gold Cup,” she said.

General manager Daniel Thompson said: “Haldon Gold Cup Day at Exeter is a superb day, and one that people come to enjoy from far and wide. The Haldon Gold Cup is always a brilliant race, but the supporting card, including a £20k novice steeple chase, often attracts the stars of the future too – Jollyalan, Carol’s Destrier and Thomas Brown last year, Doctor Harper in 2013 and Theatre Guide in 2012. It’s a terrific social occasion with a wonderful atmosphere and has to be considered as one the best sporting events Devon has to offer.”

The first of seven races comes under starters’ orders at 1.20pm and sponsors include Bathwick Tyres, Vix Technology and Smith & Williamson. The gates open at 11.20pm. A free bus service to the racecourse is available from Exeter St David’s at 11.45am and the Bus and Coach Station at 12 noon, returning half an hour after the last race.