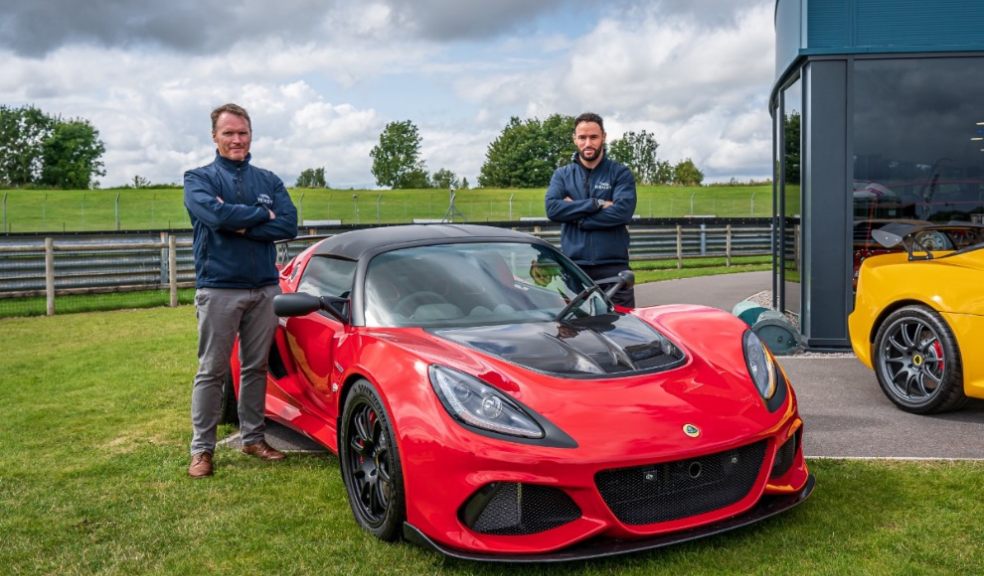 Increasing demand in the south west for performance cars, the very best quality aftersales, and performance upgrades have prompted Hendy Group to open a dedicated Hendy Performance Centre in Exeter.

Situated alongside its new Lotus dealership at Marsh Barton, the new Performance Centre is part of ongoing expansion plans for Hendy in Exeter where it already operates successful Honda and MG dealerships together with its award-winning Car & Van Store and commercial operation and Iveco dealership.

Heading up the team in Exeter are Lloyd Newbery and Jamie Wilson who are both highly experienced performance car experts and delighted to be part of this new venture.

Customer experience manager Lloyd has worked in the motoring trade since 1999 with roles working with Jaguar and Aston Martin cars both in Exeter and in Bristol.

He has moved back to Exeter to head up the new team at Hendy Performance and says that working with marques such as Lotus, MOKE and the Performance brand is an exciting opportunity.

“Hendy Performance is for anything that gets the pulse racing and the demand in the south west has already proved tremendous,” said Lloyd.  “We are meeting a wide range of customers who either want a new performance car or want to enhance their own vehicle and it is great to be able to offer them such a wide choice.”

Joining Lloyd is Jamie Wilson who is a sales advisor. The two previously worked together at car dealerships and Jamie said it was great to be back in the same team again.

As part of Hendy Performance, the Exeter operation will enable enthusiasts to buy a wide range of performance cars and for owners to access one of the most comprehensive ranges of products from the very best suppliers from around the world.

Hendy Performance will also offer a range of specialist servicing and upgrades for all makes of car and of any age and Lloyd said they would be selling cars on behalf of owners and sourcing vehicles for customers.

“We have a tremendous network in the performance sector so buyers are already coming to us looking for something very niche or unusual and we’re delighted to be able to help,” said Jamie.

The new Hendy Performance centre is also planning to hold a number of open days for owners’ clubs and Lloyd said it would be somewhere for people to share their passions.