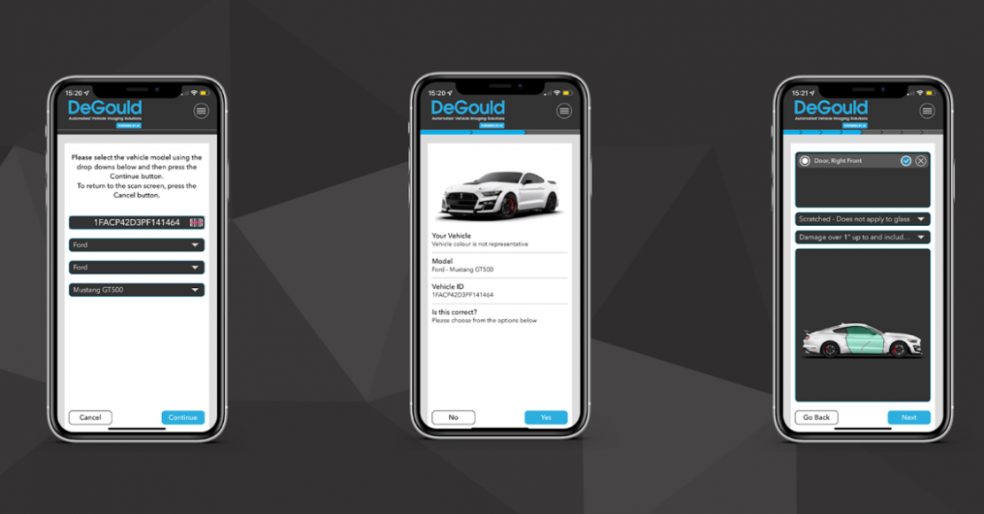 DeGould, the automated vehicle inspection expert, today announces the launch of its DVM App, allowing the whole vehicle supply chain to record damage digitally from anywhere in the world.

The DeGould DVM App will allow dealerships and vehicle carriers to conduct accurate, transparent, and consistent digital vehicle inspections. The guided inspection enables the receiving party to accept the condition of the vehicle, or raise an exception. Once an exception has been captured and raised within the app, it is instantly available for the OEM or claims handler to view in the DeGould Dashboard. Uploading the inspection to the DeGould Dashboard completes the new vehicle's Digital Vehicle Passport. Compatible with iOS and Android and supporting multiple languages - with more on the way - the app is set to revolutionise vehicle claims handling.

Dominic Start, Head of Software at DeGould, comments, “This app has been in development for four years. Its development would not have been possible without the support of a few of our long-standing customers, Jaguar Land Rover, Bentley Motors, and Ford Motor Company, so we’re thrilled to now be able to roll this out.

“Our customers are now utilising the app around the world and we’ve been constantly developing and improving the software with their invaluable feedback.”

In the coming months, DeGould will add further features to the app including Offline Mode, which will allow users to record damage without being connected to the internet and upload the data to the cloud once reconnected, invaluable to users working in large compounds.

DeGould’s app is being used in multiple Ford locations, including across California. Commenting on their experience, Miguel Osuna, Caruso Ford-Lincon in CA U.S.A., says, “The DVM App is a perfect tool that has allowed receiving vehicles to become very easy. It is very well created and has helped me a lot.”

Mathew Holloway, CEO of DeGould, concluded, “We’ve already seen that by using the app and removing paperwork from the supply chain, customers can achieve improved efficiency when reporting damage on received vehicles. We can’t wait to see the impact this will have across the industry, and I’m excited that DeGould is continuing to lead innovation in the automotive industry.”