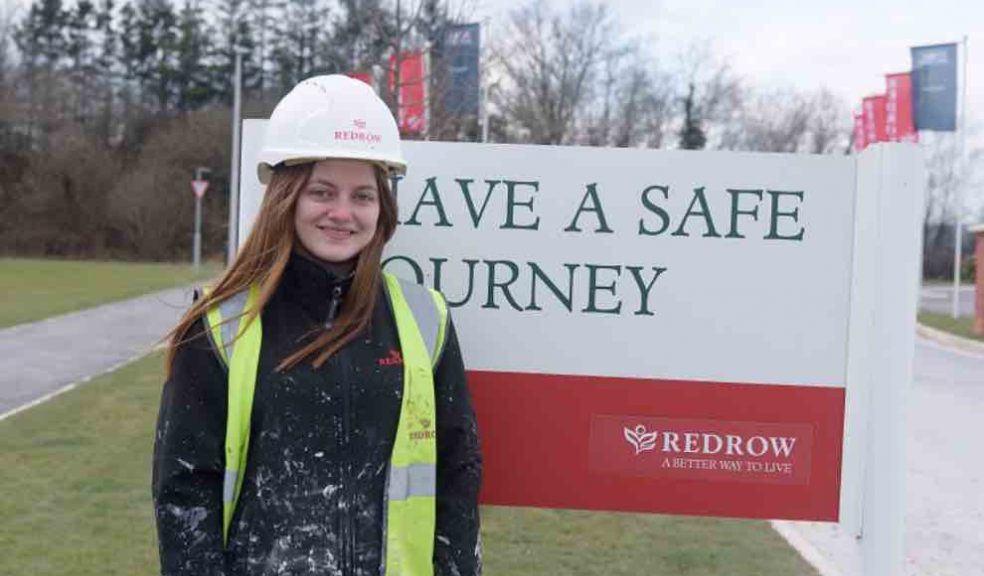 Redrow National Apprentice of the Year Courtney Baker-Edwards joined forces with Nick Knowles and the DIY SOS team to volunteer her painting and decorating support in their latest Big Build in Torquay.

Aired on Thursday 23rd May and now available to watch on BBC iPlayer, the episode showed the team helping single dad Stuart, who has suffered with progressive multiple sclerosis since his 15-year-old daughter Lauren was born, and his mum and primary carer Grandma Lin who has been blind since her 20s.

The project required building bespoke care facilities for Stuart such as a physio space, a wet room and an accessible ground floor and garden. Up until receiving the help of DIY SOS, Stuart lived and slept in a chair in the living room.

A specially adapted bedroom for blind-assisted living was built for Grandma Lin and the team also carried out a complete redesign and renovation of the kitchen and bathroom to be fit for the family’s requirements.

The episode showed Courtney and a whole host of kind volunteers offering their skills and assistance to support the DIY SOS team with the nine-day build and to create a home that brings Stuart, Lin and Lauren together.

Courtney joined Redrow two years ago on a painting and decorating apprenticeship, one of the UK’s most in-demand construction trades. She has recently completed her Level 3 NVQ.

The Devon born and bred aspiring painter and decorator with huge ambitions was named as National Apprentice of the Year at the housebuilder’s Apprenticeship Awards which took place at the end of last year.

Commenting on her appearance in the latest Big Build programme, Courtney said: “It was fantastic to be part of the show and to work alongside such a large group of volunteers as well as the lovely DIY SOS team, of course.

“It was moving to meet Stuart, Lin and Lauren and to hear about their story. They were so very deserving of the help and it was great to contribute to such a cause.

“The build took a lot of hard work but we were really proud of the end result and I hope the house helps makes the family’s life just that little bit easier.”

Claire Hindley, group learning and development manager at Redrow, said: “We’re thrilled to see Courtney volunteering her painting and decorating training and expertise for such a worthy cause.

“Redrow prides itself on valuing and developing its employees, and Courtney truly is an inspiration and a positive role model for our future apprentices.”

The housebuilder has been listed as a Top 100 Apprenticeship Employer for five consecutive years and was awarded Construction Industry Training Board (CITB) Apprentice Employee of the Year.

To find out more about Redrow’s apprenticeship schemes, please visit:https://www.redrowcareers.co.uk/apprenticeships-graduates-work-experience/apprentices/