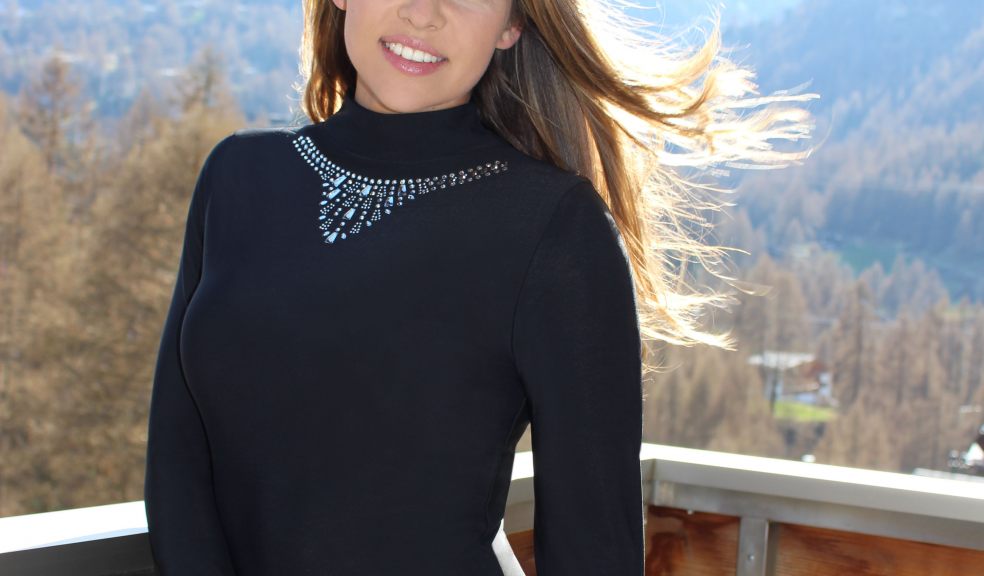 A DEVON business, which began on a dining room table and now employs more than 20 people, has been receiving national exposure – thanks to Channel 4’s show The Jump.

A Star, which is based outside Cullompton, has been producing leotards and sportswear for more than 14 years. The company has grown substantially in this time and now its products are sold all over the world.

It has launched its new range of Body Barrier skiwear – and has scored an immediate win by supplying kit to contestants on The Jump, ensuring they’re kept warm as they learn a range of winter sports and face the dreaded ski jump in front of millions of viewers.

Kate Johns, managing director, who runs the company along with her husband Tim, said: ‘‘We are delighted to supply the competitors on The Jump with customised base layers each. It’s been fantastic to see the kit in action through their social media and it’s been great seeing it on the show.’

Filming of The Jump has been taking place in Austria since the New Year. Included in the show’s cast this year were Olympic medallist Sir Bradley Wiggins, gymnast Louis Smith, Made In Chelsea’s Spencer Matthews and model Caprice.

The TV coverage is a great opportunity for A Star, which is already one of the best performing leotard and gymnastics-wear manufacturers in the country. The fresh, innovative looks of its new Body Barrier base layers have been designed to be fashionable and functional, and worn both on and off the piste.

The company has come a long way since Kate began making leotards in her dining room for her young daughters when she couldn’t find the styles she wanted. And to complete the family circle, Kate and Tim’s daughters, Vikki and Polly, are featured as models in the new Body Barrier photoshoot.

Kate says: ‘We have always manufactured our garments in the UK, we strongly believe in keeping our production British and are proud to be a significant local employer, continuing an industry which has a strong heritage in this part of the county.

‘We looked at the market and our research showed there was a place for a high quality garment which also worked well as a fashion statement. Our base layer tops in particular are designed to work both as under and outer wear – perfect for recreational skiers and boarders.’

Materials used in the Body Barrier range include a brushed techno-fabric from Italy. Customers can choose from both adult and youth sizes with bold, functional designs, or pretty feminine looks, adorned with Swarovski crystals.