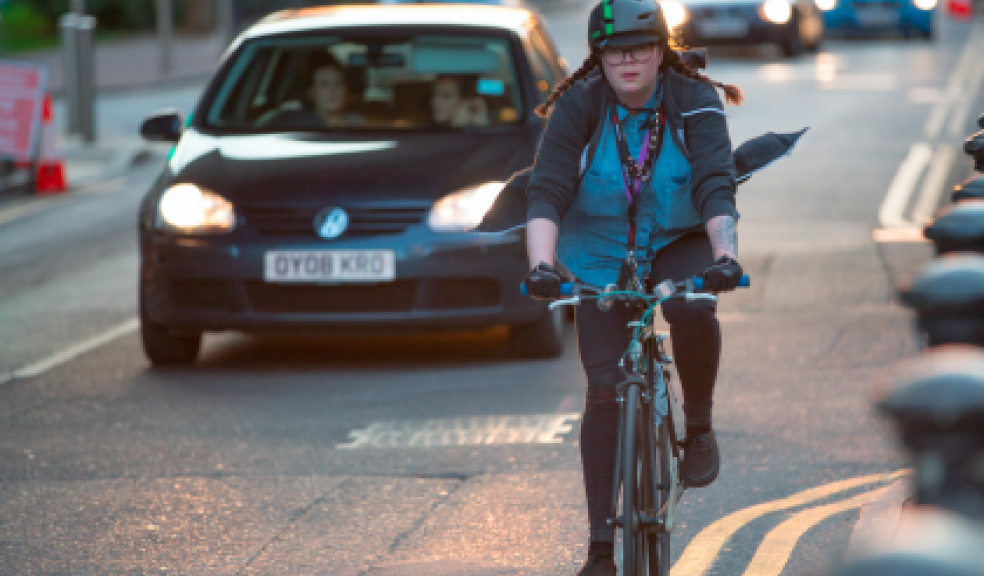 Researchers at the University of Exeter who are working on an initiative to curb traffic congestion in and around the city are issuing a final call for help from commuters.

Over 2,000 people have already responded to an online survey at www.commute-exeter.com which is aimed at anyone over the age of 17 who commute into or within Exeter to work or for study.

Experts from the University’s Geography department are now leading a last push to get as many people as possible to complete the 10-minute survey which closes at 5pm on Sunday June 19. As an added incentive participants are being given an opportunity to win an Ipad Pro.

The innovative survey examines commuting habits, typical journey details, influencing factors and knowledge of existing alternative transport initiatives. The information gathered will be used to develop a deeper understanding about the types of people regularly commuting in the region and what determines their decision making.

Results will be used to identify groups of people to work with later this year on ways of reducing congestion using smart technologies, changes in transport infrastructure and by promoting behaviour change.

People’s views are being garnered as part of a two-year Engaged Smart Transport project aimed at reducing traffic congestion in the region, a collaboration between the University of Exeter, Devon and Exeter Councils and four commercial partners -- a consortium led by global IT specialist NTT Data and which includes weather monitoring specialist Vaisala, mobility and energy solutions company Dynniq and digital technology company Black Swan. The consortium has been awarded match funding by Innovate, the UK Government’s innovation agency and NERC, one of the UK Research Councils.

Dr Sal Lampkin, from the University of Exeter’s Geography department and part of the project said: “We are delighted that so many people have taken the time to fill in our survey. Participation from the Exeter public is key to the success of this project. The more responses that we get, the more accurate the picture of what influences traffic and congestion will be.  We are urging people to continue filling in the on-line survey and keep their comments coming to help us get a clearer picture of what is happening.”

The research team has also received a wide range of comments via the survey on the Commute-Exeter website, its Twitter pages and a stall in Bedford Square, Exeter, which will be there again on Wednesday, June 15.