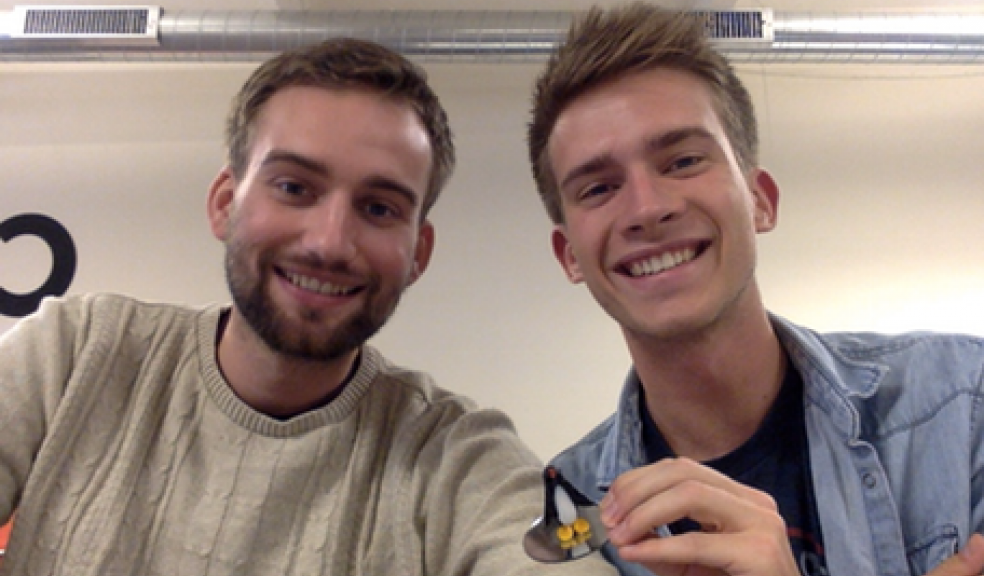 A University of Exeter graduate has exceeded his fundraising target of £10,000 in just over 24 hours to contribute to a graduate business start-up project that could revolutionise language learning for children.

Alex Somervell (pictured righ) who graduated with a first class degree in International Relations and Languages, received a grant of £4,000 from the Think: Try: Do Student Start-up Support Programme to set up a project called One Third Stories, which creates bedtime stories in the form of a book and app that starts in English and ends in a different language by gradually introducing words in the target language.

The One Third team launched a Kickstarter campaign to contribute to the development of a hardback book that uses images developed from primary school alongside an accompanying app. The campaign has been so successful they have surpassed their target within 30 hours of the launch.

Alex said: “It’s amazing to have reached the overall target so quickly. I’d like to thank everyone who has donated so far – it really is appreciated. We’re excited that the project can now come into fruition, and any extra money can further contribute to making a more complete product.

“Those that have donated will receive the book and app at a cheaper price, and can rest in the knowledge that they are changing the future of language learning.”

The Clockwork Methodology® which underpins One Third Stories was developed by Alex in collaboration with his friend and partner Jonny Pryn (pictured left) as a graduate business start-up project. One Third Stories recently ran its first campaign to get contributors to the project and received 1,522 entries from children in 38 schools up and down the country.

For more information on getting involved visit the Kickstarter page at https://www.kickstarter.com/projects/1405842914/learn-languages-through-stories.