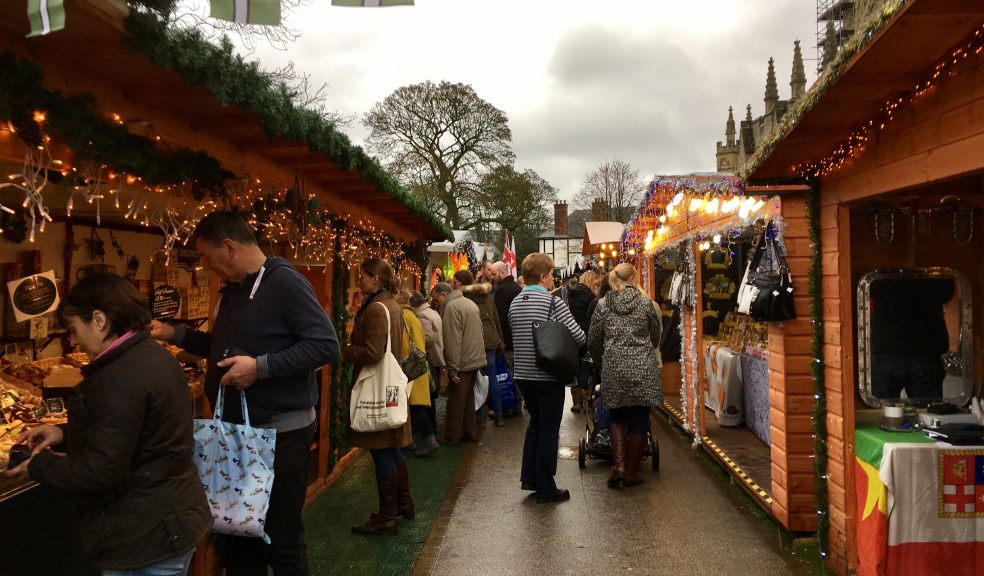 The results are in on an economic impact report recently commissioned by Market Place on the 2016 Exeter Christmas Market.

Once again the results clearly demonstrate the popularity and success of the market, designed and delivered by Market Place the UK’s leading specialist market operators.

With a footfall count of just under half a million (497,255) people, the Market has gone from strength to strength since its inception in 2012.

What began as an ambitious plan by Market Place has developed into one of the leading seasonal attractions in the city of Exeter that in 2016 boosted the local economy by a staggering £27,314,707.

Allan Hartwell, Managing Director of Market Place said: "Five years ago we worked on behalf of the local city centre management team, Exeter City Council and the Cathedral to bring the first Continental Christmas Market to the city.

"Since then we have won two national awards and contributed greatly to the city, its citizens and to the visitor experience.

"We are very proud of our achievements in such a short period of time and have contributed positively in so many ways to improving the national and international reputation of Exeter as a festive destination.

"What started out as a Continental Christmas Market has grown to incorporate more of the unique artisan products available in the region.

"Initiatives such as the Pitch Perfect young entrepreneur competition, have helped young local businesses benefit from the popular event and we are more than thrilled by the contribution we have made to Christmas experience in the City of Exeter."

As the reputation of the quality event has grown, so too have the numbers of visitors from afar with the report noting 106,910 visitors came from outside of Devon and spent £8,985,275.

The event which was reported to have exceeded expectations of 91% of visitors is a key reason to visit the city, a message confirmed by the fact that over one third of the visitors claimed they would not have visited the city had it not been for the market.

Over the year’s the relationship between the local community and Market Place has developed and last year after the devastating fire in Cathedral Yard, Market Place not only responded positively in ensuring that in the face of adversity the market went ahead but also made arrangements to accommodate local retailers whose businesses had been badly affected by the fire.

This year the market was shortlisted for the Exeter Living Awards and has positioned itself in the top five Christmas markets in the UK.

There is no doubt that the years of development and investment from Market Place have paid off. As the company hand over the reigns to the Exeter Cathedral (which will be operating this year’s event), they do so with best wishes and a hope that the Cathedral team build upon the established reputation and success.