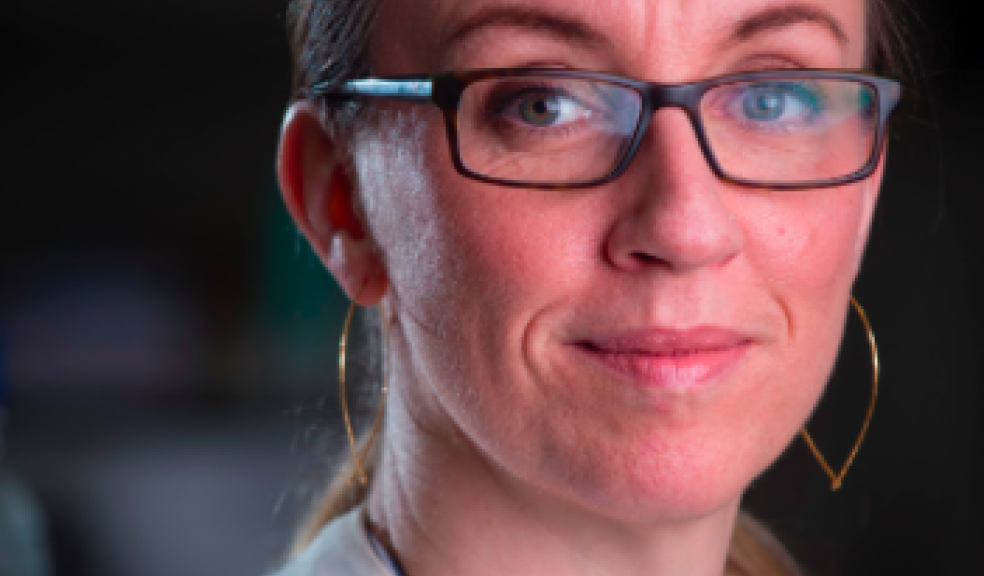 A Biosciences expert from the University of Exeter is celebrating after being honoured as one of an exclusive group of leading entrepreneurs, at a special ceremony at the House of Commons.

Dr Olivia Champion was named amongst the top 50 entrepreneurs by world leading university business incubator, SETsquared, at the celebratory event in London on Wednesday, March 29 2017.

Olivia was selected for the her pioneering spin-out company, BioSystems Technology, which she co-founded with fellow Exeter professor, Richard Titball.

They developed a proprietary method for breeding and sterilising the larvae of the greater wax moth, called TruLarv, to help reduce the reliance on the involvement of mammals for conducting research.

In little under a year from its launch, Oliva has secured more than 50 customers and started exporting to eight countries worldwide.

Speaking of the achievement, Olivia said: “I’m delighted to have been selected as one of the SETSquared top 50 entrepreneurs. Our moth larvae are an ethical, cost effective product that can be used by researchers, and where they have been used, the number of mammals used in those projects has been reduced by up to 80 per cent.”

Olivia said that the spin-out company are now running a crowdfunding campaign to fund research into the genetics of TruLarv, so they can be used for a wider range of applications.

SETsquared worked with an expert panel of investors and innovation corporate leaders to select the Top 50 Entrepreneur which includes companies from across various industries such as health, green technology and 5G and wireless communication.

The elite entrepreneurial list was drawn from more than 1,000 entrepreneurs who have been supported by SETsquared, which supports high growth tech companies with significant economic impact, over the past 15 years.

The reception at the House of Commons was an opportunity for the entrepreneurs to celebrate their achievements along with MPs and special guests, as well as sharing stories on how they have successfully raised investment, exported products globally or had a major impact on their industry.

Michael Queen, an investor on the panel, said: “Creating a successful business requires talented entrepreneurs and a great idea but this isn’t enough. SETsquared acts as a catalyst providing support, logistics, training and mentoring to turn dreams into reality.

“Over the last 15 years, SETsquared has made a major contribution to building a dynamic technology based business sector in the UK.”

Simon Bond, Innovation Director at SETsquared, said: “When I look back on the last 15 years, I am overwhelmed by the talent and achievements of the entrepreneurs that SETsquared has supported.

“They have brought world-leading innovations to market and these have been exported across the globe. SETsquared has provided support and a network for these entrepreneurs including access to mentors, experts, international markets and investors, and they are now out there doing SETsquared and the UK proud.”

The date of the announcement coincided with Prime Minister Theresa May triggering Article 50 to leave the EU - serving as a reminder of the UK’s strength in innovation and entrepreneurship in the global market.

To see the full top 50 list, visit setsquared.co.uk/top50, and to find out more about Olivia and BioSystems Technology, visit www.biosystemstechnology.com or follow her on Twitter @_BioSystems.