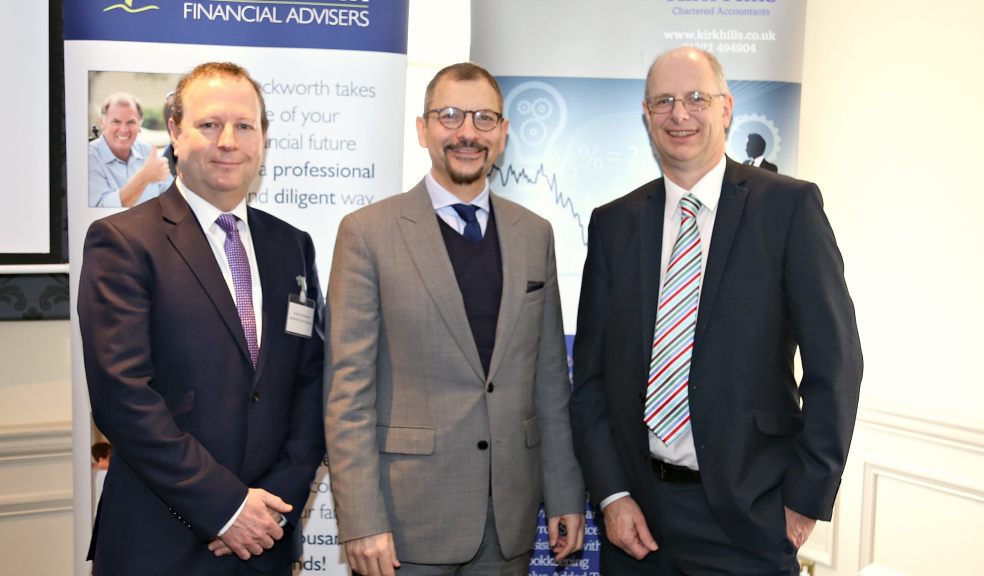 The enthusiasm that the Council's Chief Executive, Karime Hassan, has for the city was evident when he spoke to more than 60 local professionals at the recent Southernhay Breakfast Club, last Friday 4th March.

Also acting as Growth Director for the local government organisation, he looks to the longer-term future in developing plans for the city, which have to take into account online retail, changes to planning regulations and aspirations for Exeter to be the engine for the economy of the entire South West peninsula.

He told the Breakfast Club he's confident that Exeter can rise to the challenge, putting effort into driving productivity and focusing on the city being a magnet for investment in the environemental sciences.

Mr Hassan admits that it's challenging to keep a city centre vibrant when people can buy everything they want online, explaining that "It's about creating an experience"; keeping Fore Street alternative and nurturing young talent will both help make the city a place for the arts to flourish.

Southernhay Breakfast Club is a networking group for local professionals, meeting once a quarter at the Southgate Hotel in Exeter. Previous speakers have included Tony Rowe OBE, the Met Office, the RSPB, Katie Hopkins and Exeter Cathedral. It is run by Jonathan Wadsworth (Beckworth Financial Services) and Adrian Hills (Kirk Hills). The group always welcomes more applications for membership. The next meeting will take place in June and will feature Ben Bradshaw, MP. Find out more at Southernhay Breakfast Club