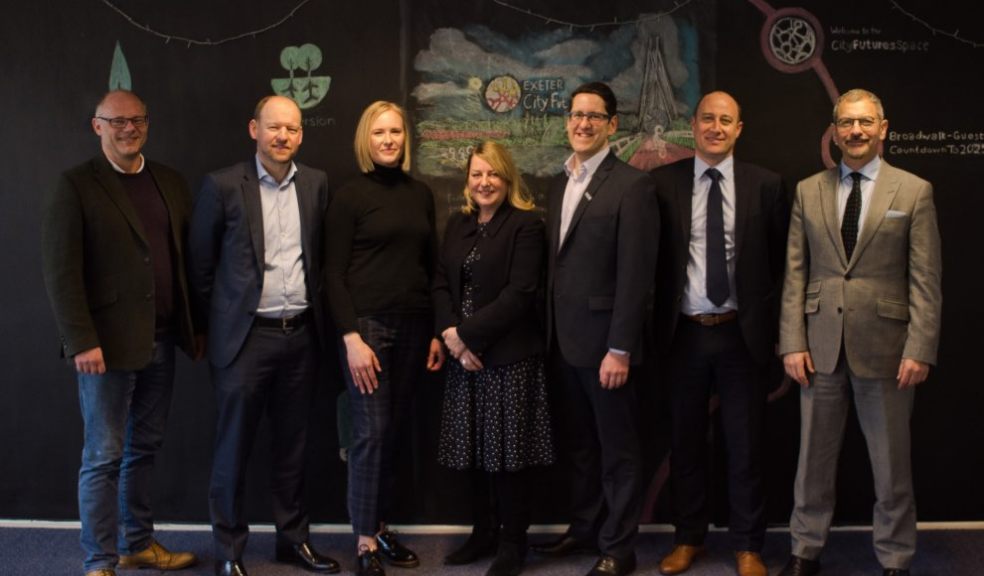 Exeter City Futures - an independent Community Interest Company that is bringing local government, citizens and the private sector together to tackle Exeter's biggest challenges - have announced a new 12-month campaign, ‘Everyone’s Exeter’, to tackle air pollution in the city following the launch of the 12 Goals for Exeter.

The announcement comes following recent research that found that air pollution is killing more people every year than smoking.

‘Everyone’s Exeter’– launching next month – aims to raise awareness and orchestrate change around transport and energy challenges in the city and help make Exeter congestion free and more energy efficient.

The campaign will focus on one of the 12 Goals each month which will be used to encourage participation through pledges to help transform the City over the next 12 months to address city challenges including: Air pollution, affordable housing, more environmentally friendly travel in and around the city amongst others.

It has also been revealed that the Royal Devon & Exeter NHS Foundation Trust has pledged to be part of the campaign and is the latest member to join the Exeter City Future’s Community Interest Company (CIC) board alongside Devon County Council, the University of Exeter, Exeter College, Global City Futures and Exeter City Council, all who are working together to achieve these 12 Goals.

With an increase in the number of deaths due to air pollution the Everyone’s Exeter campaign will be used to inspire action that creates a healthy, inclusive and more sustainable city.

As traffic congestion is one of the biggest problems facing Exeter (having the slowest moving roads in the UK During rush hour costing the city £63m annually) the increase in population of those living, visiting and working in the city is a threat to the public’s quality of life and making the roads a safer place is just the start. The first focus will be to create a reliable transport network that will be resilient to major incidents in Exeter.

Liz O’Driscoll, Programme Director, Exeter City Futures commented: “Exeter City Futures’ Community Interest Company are dedicated to working towards creating a better Exeter. The introduction of Everyone’s Exeter Campaign is a pivotal step towards changing the way we, as a city, shape the place in which we live and work. As the city economy and population grows, it must also evolve to ensure we tackle these challenges together and to help Exeter city lead the way for sustainability, but most importantly, change. Air pollution is just one part of the campaign for us.”

Chris Tidman, Chief Financial Officer, Royal Devon and Exeter NHS Foundation Trust added: “Those who live and work in Exeter are all too familiar with the increase in cars on the roads. The Royal Devon & Exeter NHS Foundation were keen to join Exeter City Futures’ Community Interest Company board in order to help shape the solutions for a healthier, more efficient travel strategy for the city. As a major employer of over 8,000 staff and regularly seeing over 2,000 patient visits per day, the RD&E can make a direct impact. Recent headlines on air pollution and the associated health concerns caused by cars, is just one of the issues that the ‘Everyone’s Exeter’ campaign looks to tackle, and I hope those living and working in Exeter will help support change.”