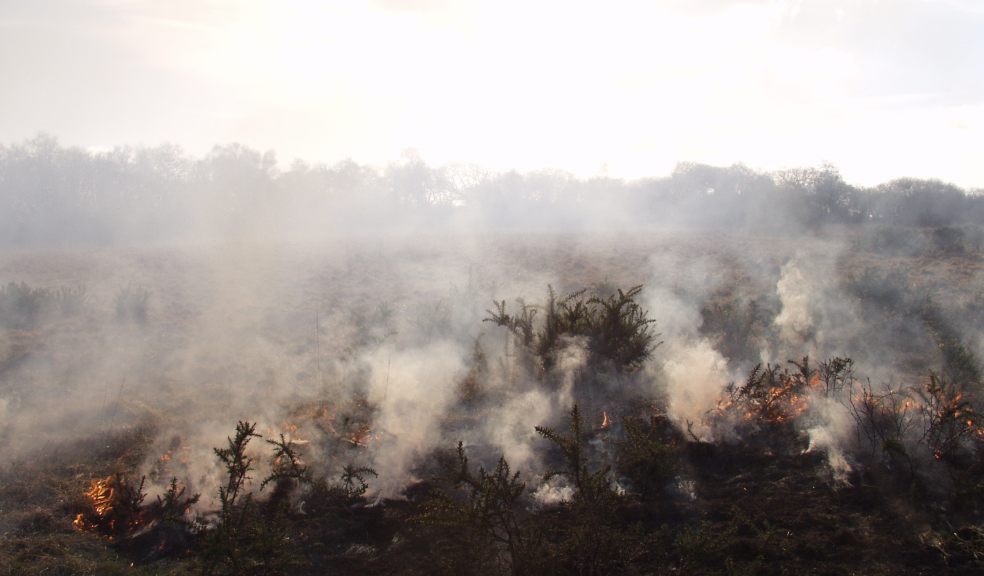 The threat of wild fires may seem like a long way off after a typically wet Bank Holiday weekend but a leading wildlife charity is now joining forces with an emergency fire service to warn of the rising risks that fire is posing to some of the region’s most treasured landscapes.

Despite rain over the Bank Holiday the South West still finds itself in the middle of a prolonged dry spell which has left parts of the countryside vulnerable to wild fires.

With the long range weather forecast predicting little prospect of rain Devon Wildlife Trust has become concerned enough about the risk affecting its nature reserves that it has now teamed up with Devon & Somerset Fire Rescue Service to promote a message about safe and responsible use of rural areas.

The warning comes after a devastating fire struck East Devon’s Woodbury Common on 23 April. 120 acres of the heathland beauty–spot owned by Clinton Devon Estates were badly burned in a fire which began on a sunny Sunday afternoon.

Steve Hussey from Devon Wildlife Trust said: “Wild fires can be devastating for wildlife, as well as potentially dangerous for people and damaging to farmland. Heathlands, with their coverings of gorse and grasses, are particularly vulnerable when the weather remains dry for several weeks. Having experienced a couple of months without significant rainfall, even though the weather has been cold, parts of our countryside are now at risk.”

Devon Wildlife Trust is asking people to take care on all its 50 nature reserves but especially on its heathland sites which include Chudleigh Knighton Heath and Bovey Heathfield nature reserves near Bovey Tracey, and Venn Ottery and Bystock nature reserves in East Devon.

The charity is now working with Devon & Somerset Fire Service to promote a message which asks people to use the countryside responsibly while also being vigilant.

Joe Hassell, Area Manager of Devon & Somerset Fire & Rescue Service, said: "We want people to be able to enjoy the countryside, but ask them to be vigilant during drier weather to help prevent more gorse fires in the future. A change in wind direction can cause the fire to spread rapidly, putting fire fighters at risk as well as nearby people and property."

The fire service is advising people to some simple advice:

Devon Wildlife Trust’s Steve Hussey concluded: “We are doing our bit to protect our wonderful countryside from the risk of fire. Our staff and volunteers are remaining vigilant and cutting fire breaks, especially on vulnerable grassland, heathland and moorland sites. But with 50 nature reserves in Devon we have a lot of ground to cover. That’s why the public’s help is so important. What we’re asking people to do is follow the good advice of the Devon & Somerset Fire Rescue Service.”

In 2011, a large wild fire destroyed a third of Dorset Wildlife Trust’s Upton Heath nature reserve near Wareham killing many rare plants and animals. It’s estimated that it can take up to ten years before habitats and their wildlife are able to recover.