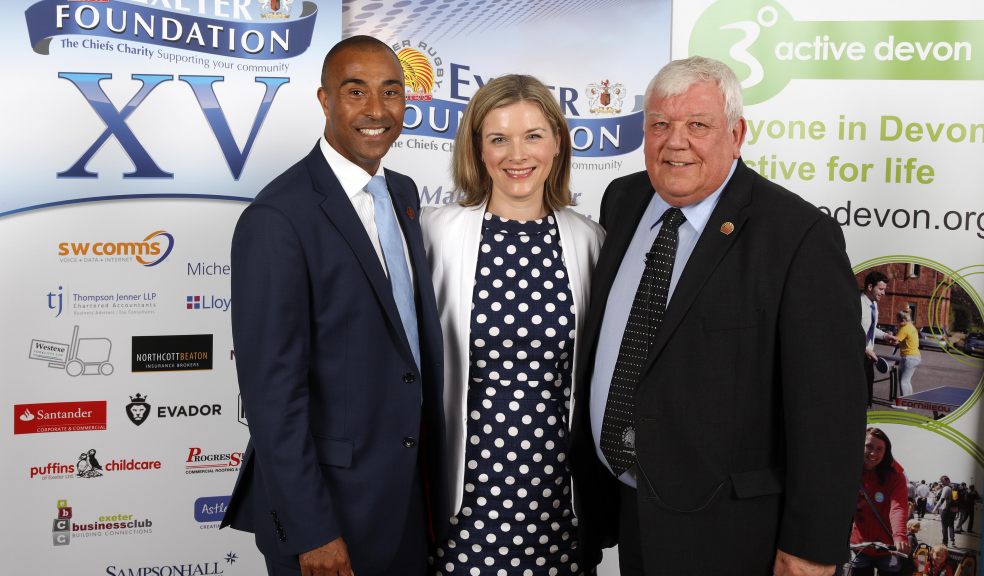 Athletes, coaches and volunteers from across Devon were celebrated at Sandy Park at the Exeter Foundation annual Devon Sports Awards in association with Active Devon and in partnership with Exeter College.

The Awards were hosted by BBC Spotlight’s Jenny Walrond, and featured guest speaker Colin Jackson CBE, who inspired the audience with anecdotes of his career since retirement.

The main prize of the evening, the Exeter Foundation award for Outstanding Contribution to Sport in Devon, went to Exe Hockey Club’s Jill Dupain, who also picked up the Volunteer of the Year award.

Jill has been volunteering in sport for over 25 years and has been Exe Hockey Club’s Junior Co-ordinator since its establishment in 2007, as well as an active volunteer at Exeter Parkrun.

Jimmy was Great Britain and Ireland’s man of the match in the 2015 Walker Cup victory over the US, winning all four of his contests, becoming only the fourth British player to do so in the 93-year history of the biennial match.

This year’s awards marked the fourth time that Active Devon and the Exeter Foundation have organised the event, with new partner Exeter College working on the event for the first time.

Commenting on the awards, Chairman of the Exeter Foundation, Tony Rowe OBE, said: “Every year the nominations and winners are a fantastic reflection of Devon’s thriving sporting community. I hope the recognition and appreciation of the individuals and clubs awarded at the ceremony will play a part in inspiring others to participate in local sport and strive to be the best they can in order to further Devon’s reputation as a hotbed of sporting achievement.”

“I would like to personally thank all of the nominees and also those who took the time to nominate who helped to make the awards such a success.”

Exeter College Principal, John Laramy, added: “Exeter College was delighted to have the opportunity to work in partnership with the Exeter Foundation and Active Devon on this year’s awards. All those nominated are an inspiration to so many people in the local community and are shining examples of what can be achieved with dedication and personal commitment to sport at all levels.”

Matt Evans, Chief Executive of Active Devon, said “We are very proud of the Devon Sports Awards which continue to grow and develop each year. I am personally so pleased at the breadth of achievements that the Awards recognise and once again this year it is impossible not to be amazed by the outstanding contributions that so many people, of all ages, make to sport in Devon. If there are people and projects that inspire you over the course of this coming year, please recognise their achievements and nominate them for next year’s awards”.

See more images of the event on the Exeter Foundation Facebook Page – www.facebook.com/exeterfoundation