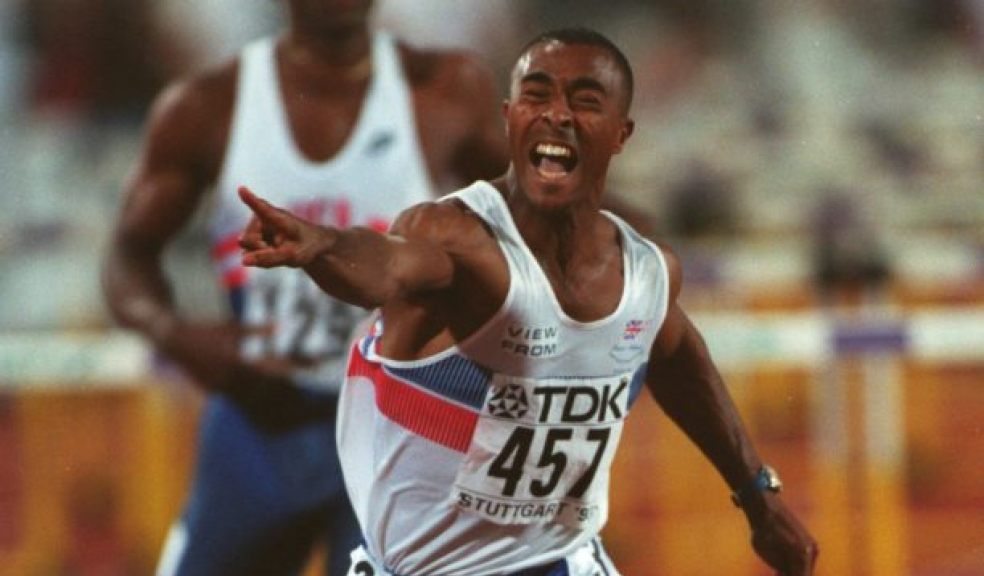 Celebrated athlete and popular broadcaster, Colin Jackson CBE, has been confirmed as the guest speaker at this year’s Devon Sports Awards.

Colin is regarded as one of the greatest athletes in the history of British Athletics, ranking in the top ten hurdlers in the world for two decades and retaining the 110m record for thirteen years. Since retiring in 2002, Colin has become a popular broadcaster, particularly as part of the BBC Athletics team. Colin was also a finalist in Strictly Come Dancing in 2005.

Chairman of the Exeter Foundation, Tony Rowe OBE, said: “We’re delighted to have secured Colin Jackson as guest speaker for the Devon Sports Awards. He is a highly sought after speaker who is passionate about sport, as well as a generous charity supporter, who we feel will be a highly entertaining addition to the proceedings of the Devon Sports Awards.

“This is the fourth time the Devon Sports Awards have been held at Sandy Park and the event gets better each year.”

The Exeter Foundation Devon Sports Awards, held in association with Active Devon and partnership with Exeter College, celebrate all aspects of sport throughout Devon with awards such as Contribution to Inclusive Sport and Young Volunteer of the Year included.

“We have had record levels of nominations this year” said Matt Evans, Chief Executive of Active Devon. “We are delighted to see so many people engaging with the awards and celebrating the special coaches, volunteers and young volunteers who are the driving force behind community and club sport in Devon. We know that, with such an outstanding calibre of athletes, clubs and coaches, we are going to have some extremely tough decisions on our hands!”.

Sponsors have also begun to sign up to support the awards, with Francis Clark LLP and Exeter Golf and Country Club already confirmed.

Tables of 10 at this prestigious event can be purchased for £625 or individual tickets can be bought for £65. For more information contact the Exeter Foundation on enquiries@exeterfoundation.org.uk