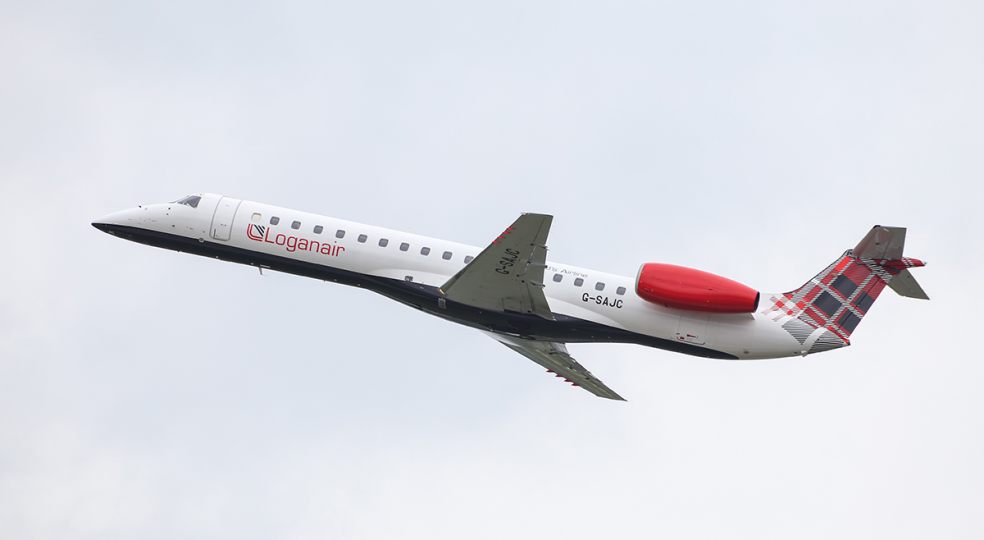 Loganair, the UK’s largest regional airline, today announced a major step in connecting East Anglia with the South-West of England through the launch of a new air route between Norwich and Exeter.

The service, which starts on 12 July, will operate a four flights per week service across the summer season on Monday, Wednesday, Friday and Sunday – moving to Monday and Friday flights from September onwards.

The 70-minute flight on Loganair’s 49-seat Embraer 145 jets represents a much more convenient way to travel than rail connections via London or an exhausting 320-mile road journey, particularly difficult on packed roads during the summer season.

Fares start from £49.99 one-way including all taxes and charges. All Loganair fares include a free checked baggage allowance, and tickets are on sale from today at www.loganair.co.uk.

The service links existing Loganair destinations. Norwich is already served from Aberdeen, Edinburgh and Jersey, and Exeter from Edinburgh, Glasgow and Newcastle.

Loganair also today brought forward the resumption date of its Edinburgh-Norwich services, originally planned for September, to recommence on 12 July.

The new service adds to the restoration of domestic connectivity from Exeter lost through the collapse of Flybe - between the four routes now flown by Loganair, those flown by its partner airline Blue Islands to Manchester and Jersey, and other airlines’ services to Belfast and Guernsey.

Of 46 UK domestic routes operated by Flybe at the time of its demise, 42 will be flown this summer by Loganair and six other airlines, comprehensively and successfully safeguarding the UK’s domestic connectivity.

Loganair Chief Executive Jonathan Hinkles said: “We are very pleased to expand our commitment to Norwich and Exeter with this direct service, connecting two important UK business and leisure locations. We’re sure this new connection will be warmly welcomed by customers travelling for work reasons and by those - just as soon as they can – travelling to visit friends and family.

“The need for domestic connectivity has been clearly recognised by the UK Government with its stated intention to reform Air Passenger Duty on domestic flights. There is no doubt the high level of APD has historically rendered such links as Norwich to Exeter economically difficult to sustain.

“The fact that 42 of Flybe’s 46 lost domestic routes have now been restored also shows the resilience and the importance of supporting the UK’s domestic airlines and this ‘team effort’ across the industry is something of which we should we all be proud.”

Exeter Airport Operations Director Stephen Wiltshire said: “It’s marvellous that Loganair is re-establishing the link between Exeter and Norwich, which is a key route for business, tourism and reconnecting family and friends kept apart by the pandemic.

“Importantly, this launch fills another gap left by the collapse of Flybe, with almost every domestic destination from Exeter now being restored by Loganair and other carriers over the coming months.”

“In launching these routes, Loganair is putting its trust in the UK Government to deliver on its promise to reduce domestic Air Passenger Duty which is critical to the recovery and sustainability of domestic flying.”